If you haven’t seen the “Wizard of Oz,” you are in for a treat. It is a great movie on multiple levels. The climax occurs when the heroine, Dorothy Gale, reveals that a great wizard is only a common man pretending to be something much more than he really is. Does this remind you of any recent newsmakers and shakers? Mary Meeker, George Blodgett, Bernie Ebbers, Kenneth Lay?  At the moment, the list of pretenders is long. The risk of deceit goes beyond mere mortals. As a trader, you must question virtually everything, even what appears at first blush to be hard, cold facts. I even doubt if there are such things as “facts,” unfettered by personal interpretations or prejudices. All information is analyzed and interpreted. Interpretation gives information to its predictive power, which, in turn, usually results in action. Action for us means trading—and trading brings us winners and losers. 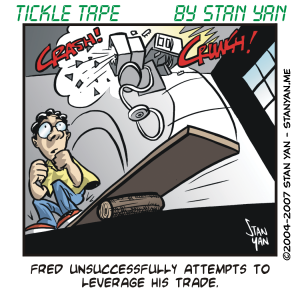 Tradable facts, even with absolutely correct interpretations, do not automatically generate successful trades and profitability. A key ingredient—timing—is missing. Just to be safe, you might want to add a pinch of luck as well. But it is the elements of analysis and interpretation that I want to emphasize. The fundamental skill is the ability to discern the core truth from your inputs. Think for a moment what Norman Mailer once said about metaphors: “They often have more truth in them than truth itself.” The reason is that metaphors are carefully contrived to make a specific point, usually morals or truths. Whereas what we call “facts” are actual occurrences; they are things that really happened. Since we know that they occurred, we give them high creditability, even to the point of accepting them without question.

Traders cannot be so naïve. The facts you deal with are the basis for your trades. If you blindly accept the facts that flow into your consciousness as truth, you will never become a successful trader or investor. As my grandfather used to say: “Liars figure and figures lie.” Meaning facts can be manipulated by just about everyone who touches them, particularly politicians, financial analysts and just about anyone trying to sell you something. And psychologically, even you can unconsciously manipulate so-called facts. Consider something that is supposed to be completely straightforward, such as technical analysis; even it can be prone to subjective interpretations.

Have you ever heard a gaggle of Elliot wave analysts argue about what wave a particular stock or commodity is trading in? “This is the third wave!”  “No, that’s still part of the second!” Nothing is black and red in trading other than the final results. That’s why you see so many trading styles and theories. And why you can’t simply mimic someone who is successful and be just as successful yourself. Trading is not a team sport nor is there any single way to become a superstar. You must forge your own way to the winner’s circle. Part of that is finding out, for yourself, what is behind the curtain and how to analyze, interpret, and find the facts that are pertinent to your trading modus operandi.