The stereotype of the ultimate trader has many of the same traits as Mr Spock on “Star Trek.” Mr Spock looks at events logically and objectively and follows a rational plan when approaching the solution to a problem. In some ways, Mr Spock would appear to be the ideal trader. He would carefully formulate a detailed trading plan, find the market conditions that suggest his plan will produce a profit, and then and only then, would he execute it. But, in the end, it is important to realize that Mr Spock is a fictional character. 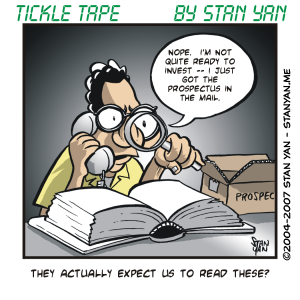 And even if he were real, he is a Vulcan; he isn’t human. Traders are humans, however. In addition, market participants are humans, and they don’t always behave rationally. Indeed, they tend to be driven by fear, hope, and greed, and thus, forecasting market behaviour has proven much more difficult than space travel. In the real world, humans are emotional. Emotions rule everything in the markets. The decision you must make, however, is whether you are going to control your emotions in order to trade decisively or let your emotions rule you.

The astute trader is realistic as well as logical. It doesn’t do you any good to become overly disappointed when your strategy produces a loss or overly euphoric when you hit upon a winning streak. Extreme pleasant and unpleasant emotions can be very distracting. If you are angry, frustrated, or worried, you won’t be able to focus on trading consistently. Your attention will be elsewhere, and those negative emotions will sap up the limited psychological energy you have to devote to trading. It is essential to keep negative, or unpleasant, emotions at bay. At the other extreme, it isn’t wise to feel too elated or euphoric.

That said, it is almost impossible to be emotionless. Humans are emotional by nature. It is difficult to experience absolutely no emotion. In all likelihood, the closest we could get to an emotionally neutral state is indifference or boredom. Some seasoned traders say that it may be useful to feel indifference or boredom if that is what it takes to stick with a trading plan and trade with discipline.

But there is an obvious disadvantage: When you are bored, you don’t want to keep going. You will get tired easily and just want to quit. So what is the best way to cultivate an optimal emotional state? We know that negative emotions, such as fear, anger, and disappointment can be distracting. And we know that euphoria often leads to overconfidence and trading errors, and we also know that indifference and boredom can often have drawbacks. One possibility is to cultivate emotions that are only moderately positive, emotions that aren’t euphoric and prone toward overconfidence. One such strategy is to cultivate a fighting spirit.

Rather than react to setbacks with frustration or fear, one can act strategically. You can approach the setback with a sense of humour and cultivate a positive, fighting spirit. This is not the same as being arrogant or overconfident, but realistically optimistic. You can welcome a challenge and look at the setback as a growing experience. In the back of your mind, you can use positive, realistic self-talk by thinking, “It may be difficult to meet the challenge, but with enough persistence, I’ll overcome it.” The key is to cultivate the proper amount of positive enthusiasm without overdoing it to the point of being so optimistic and that you are unrealistic and overconfident.

Never underestimate the power of emotions. Extreme optimism or pessimism can interfere with your goals, but by approaching problems strategically with a realistic sense of optimism, you’ll trade consistently and profitably.