When it comes to trading, profitability is frequently equated with consistency. The novice trader is often inconsistent in terms of profits. This inconsistency is reflected in a jagged equity curve that may soar to the heights of profitability but frequently plunges deeply into the red. The consistently profitable trader, in contrast, has a smooth curve that grows exponentially upward. Trading consistently means approaching each trade in a logical, well-prepared, and decisive manner. Striving for consistency should be the main objective, especially for novice traders.

There’s an old saying that applies to trading, “First learn the rules and then learn how to break them.” Experienced traders may not follow rules consistently, but they know what the so-called “rules” are and when to break them. Nevertheless, it’s useful for the novice trader to try to follow conventional wisdom at first. It’s wise to learn how to follow a method consistently and trade profitably before testing the limits. 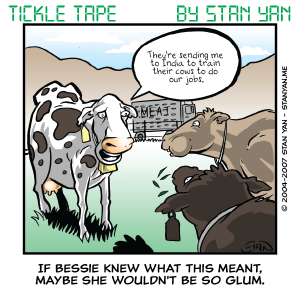 The rationale for learning to trade consistently is based on the idea that trading profitably is a matter of probabilities. If you trade a sound trading method with a strong track record, success is merely a matter of odds: If you make enough trades, the odds should work in your favour, and you’ll take home profits. It’s like rolling dice or flipping a coin. For example, if a coin is flipped over and over again under identical conditions, it will tend to come up heads 50% of the time. But the key to getting heads 50% of the time is to repeat the flip of the coin “under identical conditions.”

When one views trading is analogous to flipping a coin, the theoretical probability of getting heads is the best-case scenario. One achieves the maximum wins by flipping the coin under identical conditions. However, finding “identical conditions” when trading the markets is difficult. Market conditions are hardly ever consistent, and the adept trader is always on the lookout for subtle changes. You cannot control the markets. One must take what the markets have to offer, and thus, one must look elsewhere when searching for consistency.

A source of inconsistency that you can control lies within yourself. You can strive for consistency and try to eliminate inconsistently by looking at the way you trade. The first step in cultivating a consistent trading style is identifying sources of inconsistency. Remember the analogy of flipping a coin. You must flip the coin under identical conditions, time after time to maximize profits.

So how can you trade consistently time after time? One way is to limit your risk in a consistent manner. For example, only risk about 2% of your trading capital on each trade. Novice traders have a tendency to get a little excited when they have hit upon a winning streak and increase the amount they risk-on trade to take advantage of the streak.

This approach produces the jagged equity curve, however, and a rollercoaster ride of extreme ups and downs in terms of profits. By keeping your risk constant, you can introduce consistency into your trading (Again, a seasoned trader may adjust risk depending on the quality of the trade setup. That’s taking a big risk, but a seasoned trader usually has the skills to make up the losses should the trade be a loser. Novices, on the other hand, are better off, in the long run, taking precautions).

What other sources of inconsistency can traders eliminate? Another source of inconsistency is the market conditions under which a trade is executed. Although it is necessary for a top-notch trader to master a variety of market conditions, it’s wise for novice traders to stick with what they know. Some traders, for example, know they are most profitable when trading in a bull market two hours after the open.

This may not be a very challenging set of conditions in which to hone one’s skills, but it is worthwhile when starting out to trade under these ideal conditions, or trade-in whatever conditions where one consistently finds success. Your initial goal as a novice should be establishing consistency. Once this criterion is met, the novice can build skills in a variety of market conditions. But initially, it’s useful to trade under conditions where success is assured.

There are other sources of inconsistency requiring standardization. For example, it’s necessary to prepare for trades and develop a scrupulously detailed trading plan in which you know where to enter and when to exit. (And it’s also important to stick with a trading plan, instead of following the plan only when you feel like it.) Many novices fail to achieve consistent profits because they impulsively put on trades rather than following a detailed plan. Careful planning reduces impulsive over-trading and produces consistent trading.

All traders want to be profitable, but that’s especially difficult when learning how to trade. One of the keys to success as a novice is to strive for consistency. Consistency not only gives you financial profits but psychological profits as well. Once you’ve achieved consistency, you’ll develop a stronger sense of self-confidence, and then you will be ready to trade consistently with a variety of trading strategies across varying market conditions.