The most serious malady facing many novice traders is a lack of discipline. Rather than sticking with a trading plan, many novices lose control. They impulsively abandon their plan and often pay the consequences with inconsistent profits, or usually, severe losses. Psychologists tend to refer to discipline as “impulse control.” There are a series of classic research studies that illustrate how people can increase their ability to control impulses. As a trader, you may find these self-control strategies interesting. 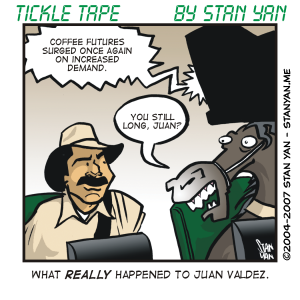 In a seminal study on impulse control, Dr. Walter Mischel and colleagues studied children’s ability to delay gratification. Typical of many children, the participants were a little hungry and they were offered pretzels for a snack. To get a pretzel, all they had to do was ring a bell and a lab assistant brought one over. But there was a catch: If they could wait long enough, and avoid ringing the bell, they could receive a bunch of pretzels, a delayed but more desirable reward. What’s interesting about this study are the situational and psychological factors related to how long a child could delay gratification.

The first factor was the visibility of the reward, whether it was right in front of the child or hidden. As you might expect, it’s hard to delay gratification if the pretzels are right in front of you. Children couldn’t wait. When the pretzels were right in front of them, they would rather eat a single pretzel immediately than wait for a bowl of pretzels later. This finding is particularly apt for trading. When making a swing trade, for example, it may not be a good idea to constantly monitor the trade on your screen.

Some traders say it’s a lot like looking at a slot machine. It tempts you to play it, to take action when you really just need to wait for the exit signal. If you have a problem with impulse control, you may want to avoid looking at your screen when there is no pressing reason to monitor the trade. Or you may want to use the automatic settings on your trading platform to fight the urge to act on impulse. Whatever you do, it’s useful to remember the natural human tendency to want to sell off trade to avoid risk, rather than waiting patiently for the signals to line up and exit according to your trading plan.

People can also use thinking strategies to increase impulse control. For example, Dr. Mischel found that children could refrain from eating the pretzels by looking at them from a different perspective. If they thought of the pretzels as food, they wanted to eat them. But if they thought of the pretzels as looking a lot like a pile of logs, it was easier to hold off. Similarly, if they pretended there was a frame around the pretzel, and convinced themselves that they were merely looking at a picture of a pretzel, they could more easily delay gratification. This finding is also pertinent to trading.

One of the main reasons novice traders abandon their trading plan is that they view the capital they invest in the trade as actual money, and the pleasing, nurturing images that go with it. They think of what they can buy with the money, and how pleasurable it would be to spend the money. Of course, there is actual money on the line, but it doesn’t help to think of it that way. It’s more useful to look at trading capital as abstractly as possible. Rather than actual money, it should be viewed as percentage points or just numbers that don’t relate to anything tangible. If one is able to objectify capital, one can more easily maintain discipline. Just as children can avoid eating pretzels if they could just not see them as food, traders could avoid acting out of fear and greed if they could just not see trading capital as car payments, luxury items, or house payments. It may be an intellectual exercise, but it works. The more you can objectify the money you put on the line with each trade, the more you can act logically and unemotionally.

If impulse control is a problem for you, don’t give up hope. There are strategies you can use to increase your ability to maintain discipline: avoid looking at your screen unnecessarily and objectify the trade as much as possible. (And always remember to follow a detailed trading plan; don’t leave any aspect unspecified, or you’ll be tempted to abandon your plan prematurely.) By controlling your impulses, you’ll be able to trade more consistently and profitably and achieve the long-term success of a winning trader.