Top-notch traders have unwavering discipline. Expert trader John Hayden notes, “Without discipline, you will be unable to master your ego, create empowering beliefs, have faith, and develop confidence in your abilities. The lack of discipline will prevent your skill as a trader from progressing.” It may be tempting to trade by the seat of your pants, but if you don’t develop clearly defined trading plans to follow, and follow them consistently, you’ll have difficulty achieving enduring financial success. 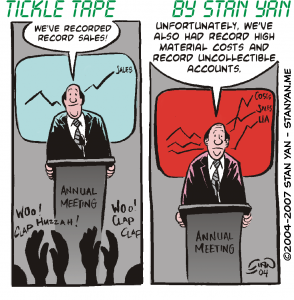 What’s the harm in abandoning a trading plan if you make a profit anyway? Making an occasional winning trade, even when you threw your trading plan out the window, may provide a short-term pleasure, but entering trades haphazardly can adversely influence your ability to maintain discipline in the long term. When you stop following your trading plans, you become rewarded for a lack of discipline and you may start believing that abandoning a trading plan is no big deal. An unjustified reward may increase your tendency to abandon trading plans in the future. You may be prone to think consciously or unconsciously, “I was rewarded once; maybe I will be rewarded again. I’ll take a chance.” But the positive outcomes of undisciplined trading are usually short-lived, and a lack of discipline ultimately produces trading losses.

Cultivating discipline is vital for consistent and profitable trading. Trading is a matter of getting the law of averages to work in your favour. One implements proven trading strategies, over and over, so that across a series of trades, the strategies work enough to produce an overall profit. It’s like making shot after shot on the basketball court so as to accumulate a winning number of points. The more shots you take, the more likely you will amass points. But the winning player is the person who first develops the skill to make the shot consistently so that at every possible opportunity, the ball is likely to go through the basket.

To a great extent, consistency is key. If the player uses one approach one time, and a different approach at another time, performance is haphazard. It’s the same for trading. One must trade consistently, following a specific trading plan on each and every single trade. This allows the law of averages to work in your favour so that across the series of trades, you will make an overall profit. If you follow the plan sometimes and abandon it at other times, you throw off the probabilities, and you are likely to end up losing overall.

With discipline comes profitability. Don’t let unjustified wins interfere with your ability to maintain discipline. Follow your trading plan, and reinforce the idea that if you follow your plan, you will end up more profitable in the long run.