Trading is a profession where you must make a plan and stick with it, but even seasoned professionals find it difficult to maintain discipline. They sell earlier than they had planned, ignore stop-loss points, or abandon risk limits. As much as many traders try, they have difficulty maintaining discipline, and they pay the price in the long run. 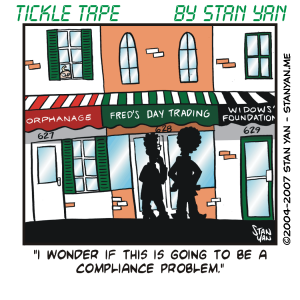 Some people are highly disciplined and very self-controlled. They scrupulously follow rules and are careful to control their impulses, even if it means they are a little rigid at times. Other traders take a more carefree approach to trading. They are usually very creative and profitable but may have trouble with discipline at critical moments of trading. Every trader has an issue with the discipline to some extent, whether it is a lack of discipline or too much of it. The markets are chaotic and unpredictable, and thus, it is understandable to feel unsure and unsettled at times. After a trade is executed, what happens next is anyone’s guess, and this state of uncertainty can cause uneasiness, which may, in turn, lead to impulsive decisions.

Second, it is vital to get plenty of rest and relaxation. When you’re tired, the available psychological energy that you can devote to trading is restricted. You will have great difficulty controlling impulses to stray from a trading plan. By getting the proper amount of rest, though, you’ll have enough energy stored up to stay focused and maintain discipline. Don’t underestimate the stamina you need to maintain discipline. If you have over-taxed your ability to maintain discipline, or if you are too tired, you will act impulsively. Third, control your emotions. When you are feeling stressed out or upset, you will be unable to maintain discipline.

Fourth, it’s vital to have a clearly defined trading plan. Not only should you map it out, but you should also write it down and put it up next to your screen. If it is clearly outlined, it will be easier to follow, and if it is right in front of you as you trade, you will be able to remind yourself to follow it. Fifth, outline the reasons you want to stick with your plan and write these reasons down. By writing them down, you can read them over when you are tempted to abandon your plan. You might write down, “If I keep abandoning my plan, I’ll regret it later. I can stick with this plan if I try hard enough.

Right now, my only goal is going to be sticking to my plan. That’s it.” When you feel like abandoning your plan, you may want to read these statements over and over again. Don’t think about the consequences of losing or closing out the trade. Focus on the present. Concentrate on completing the next steps, not in the future. If you concentrate hard enough, you will be able to stick with your plan.

Many traders have difficulty trading with discipline. It’s tempting to trade by the seat of your pants and just live with the consequences, no matter what they are. But the winning trader is the disciplined trader, and if you can maintain discipline, you will profit handsomely.