Like any challenging endeavor, trading requires a “thick skin.” One cannot be easily hurt by criticism. One must be completely open to criticism of any kind so that changes to one’s trading approach can be made immediately before losses mount. The ability to look at criticism (which usually comes in the form of losses) from the proper perspective takes the right kind of mindset. One must look at criticism as objective feedback, rather than as a personal failure.

The way most people learn to look at criticism develops at an early age. Sigmund Freud suggested that it may develop when children are toilet trained, a time when children are first required to limit their needs and impulses. Other psychoanalysts suggest, however, that one’s way of dealing with criticism is greatly influenced by how children learn to handle the challenges they encounter when they enter school. Children develop either a sense of mastery or inferiority. Regardless of when it happens, there are vast differences in how people react to criticism. Some are especially vulnerable to criticism, while others welcome it. 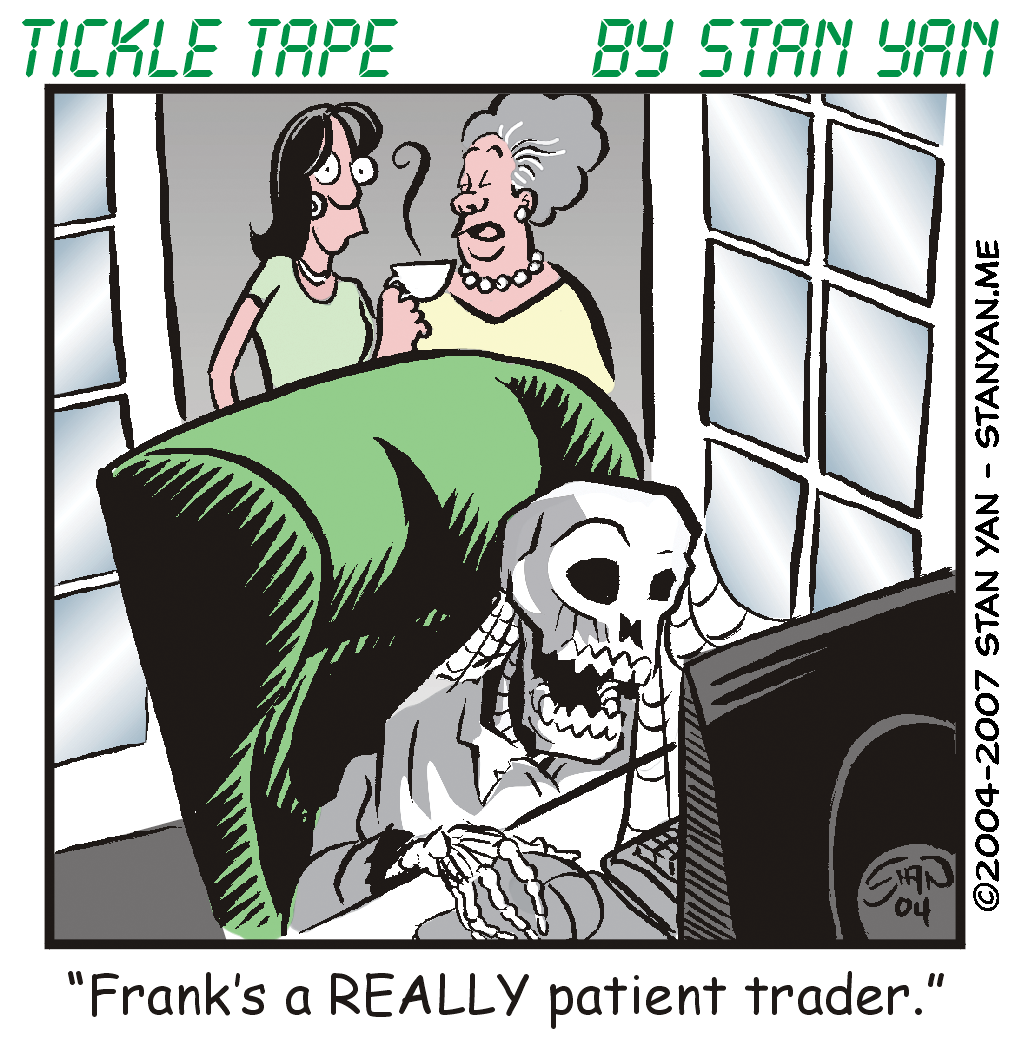 Some people are very thin-skinned. Throughout their lives, they have been consumed with developing ways of protecting themselves from punishment and feelings of hurt. When they were growing up, they were often harshly punished, so as adults, they tend to expect punishment for doing something wrong. They are on the lookout for what is “right” and what is “wrong,” and they try to avoid doing something wrong at all costs. This inclination has disadvantages, however.

One learns to look at events in black-and-white terms, as either right or wrong. One expects to receive either praise or punishment. An over-emphasis on discerning whether one’s actions are right or wrong leads one to avoid taking chances. One tends to hold back. Since chances aren’t taken, one doesn’t learn to make big mistakes, or how to recover from them. When one faces a setback, it is viewed as a dreaded event, rather than as an opportunity to grow and develop new ways of doing things. Events, such as trading losses, are viewed as personal failures rather than as merely objective pieces of feedback that should be analyzed quickly so that changes can be made expediently.

If you’re the type of person who has trouble viewing a setback as nothing more than objective feedback, it’s essential that you learn to look at it more objectively. Remind yourself that no one is looking over your shoulder. You can feel free to do whatever you want to do. View your trading as objectively and unemotionally as you do everyday tasks, such as driving a car. For the most part, most people focus on the process of driving a car in a very unemotional and objective way. When you drive, you don’t worry about how well you make a turn (in good weather on your typical route). You merely focus on what to do next – the next thing. There is no self-reproach. You are calm. You’re ready to see what happens next.

Taking a similar objective approach can be applied to trading. Look at it in the same way that one looks at learning to drive. Believe that you’ll eventually develop the necessary skills you need to master the task and focus on learning the skill. You will eventually become a profitable trader if you put in enough time and effort to build up your trading skills. But as you do that, you must stay objective. Focus on the process. Get as much feedback as possible, and look at it as objective information that you can use to build up your trading skills.

Trading profitably is a rare skill. To master it, you are going to have to learn to put setbacks in the proper perspective. Don’t look at setbacks as personal failures. Don’t take them personally at all. They are merely objective pieces of information that give you valuable feedback on how well you are doing. Welcome the feedback. Learn from it, and build up your skills until you can trade profitably and consistently.