When it comes to trading the markets, nothing is certain. How do you cope with uncertainty? Many traders are overconfident. Rather than face the possibility of losses due to market uncertainty, they fool themselves into thinking they are omnipotent. Behavioural economists Brad Barber and Terrance Odean illustrated how novice traders are especially overconfident. They analyzed account records from a large sample of online investors. 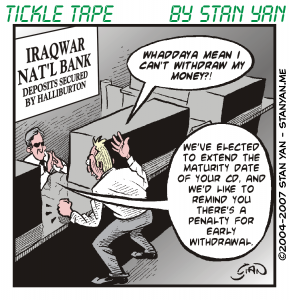 Overconfident investors showed this ailment after a large windfall. They put on substantially more trades than other investors, yet achieved few rewards for their efforts. By putting on significantly more trades, they paid more in commissions, which in turn resulted in overall lower account balances. Clearly, overconfidence has a price. Are you willing to pay it?

Tom a seasoned trader told Innerworth staff, “Every time I have issues with confidence, I become overconfident. I try to be very humble when I trade. You’re only as good as your last trade. It doesn’t matter what you did last month, last year, or the last ten years, it’s what are you doing today.” But Tom does not lack confidence. He may get beaten down, but he doesn’t stay down for very long: “I get worried or depressed for a very short period of time. Rather than dwell on it, I immediately shift my focus and think, ‘Okay, fine, let’s see how we can get out of this?’ What’s done is done.”

Although overconfidence can lead to risky trades that may produce losses occasionally, a lack of confidence can be even more detrimental. It’s probably not a good idea to be optimistic to the point of putting on trades without carefully managing risk, such as limiting the size of a position or using protective stops, but a moderate amount of optimism and confidence is useful.

Dr James Felton of Central Michigan University, and colleagues (2003), point out that pessimists often panic, become fearful, and tenaciously deny they are in a losing trade. A moderate amount of optimism keeps a trader calm and inquisitive. Even in the midst of a losing trade, an optimist may be more likely to seek out information and make an informed decision. Finding the proper level of confidence is key. It is a little like walking a tightrope between extreme unrealistic optimism and extreme debilitating pessimism. Finding the right balance will allow you to pick yourself up when you are beaten down, but stay grounded in reality even after a huge win.

The winning trader is both confident and realistic. If you want to trade like a winner, it’s vital that you develop a true sense of self-confidence. By gaining a wealth of experience, your confidence will be based on your actual trading skills. When you know what you can do and what you can’t, you’ll feel calm and self-assured. You’ll know what you can handle, and you will be able to trade with solid, realistic confidence.