John has been looking at a profitable trade setup all day. He has tediously studied indicator after indicator, even though many are redundant and converge. He continues his search, nevertheless. He irrationally believes he has missed something, but he’s not sure what it is.  He is reluctant to put his money on the line until he is absolutely sure that his trading plan is foolproof. He thinks, “I’ve got to account for every possible factor that may go against my trade, or else, I’ll lose money, and that would be a fatal blow.” John is afflicted with analysis-paralysis. He can’t make a decision that needs to be made immediately, and he hesitates out of fear and uncertainty. 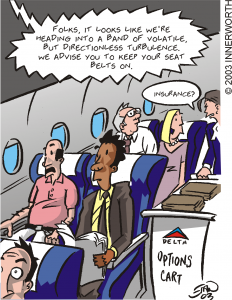 People differ regarding the extent to which they are afflicted with analysis-paralysis. For some people, it’s relatively benign and may even work as a very adaptive approach to decision-making, but for others, “analysis paralysis” is a deep-seated psychological problem.

Normal versions of analysis-paralysis. Careful analysis of all possible alternatives and all possible consequences of one’s decisions is the hallmark of good decision-making. It’s important to avoid impulsive decisions where one takes unnecessary risks. For example, you wouldn’t want to purchase an expensive house or car that doesn’t fit into your budget. If you’ve saved enough money to have a trading account, you probably know that and have a strong desire to apply what you’ve learned from your personal financial life to your professional trading life.

When it comes to trading, it’s vital to have a clearly defined trading plan. Make sure that a single trade doesn’t have the potential to completely wipe out your trading account. In addition, clearly define the signs and signals that indicate your trading plan has gone awry, suggesting that you should close out the trade to protect your capital. It’s useful to conduct a thorough analysis before making a decision, but it isn’t useful to become completely paralyzed by it.

Pathological variants. A pathological variant of analysis-paralysis is quite different from sound decision-making. Traders with this pathological affliction have an insatiable need to seek out certainty and security. For these individuals, uncertainty represents insecurity.  It’s not merely that they have a pessimistic outlook, although they have one. They equate money with psychological security; losing money represents not only a loss of financial security but also a loss of basic emotional security and well being. How does such an affliction develop?  For many, it is rooted in early childhood.

Parents often impose rules for their children to follow and punish them when the rules are broken. Young children are on the lookout for what rules to follow so as to avoid punishment and the unpleasant feelings associated with it. As adults, we make our own rules and decide to follow them or not; we no longer act as children searching for the “right” rules to follow in order to avoid punishment. People with analysis paralysis, in contrast, tend to search for the “right rules.”  They continuously search for rules to follow, and when no clear rules exist, they simply make them up. It’s as if their parents have followed them into adulthood.

They are always there next to them nagging and threatening punishment when the “right” rules are not identified and followed unconditionally. For traders with analysis-paralysis, this past childhood conflict manifests itself as searching for the “right” indicator or the “right” trade setup. And even when they see it, they have a strong need to want everything to be perfect.  Because if they don’t, they are certain that some form of unspecified punishment will follow.

Do you have an extreme form of analysis-paralysis? If you do, it’s vital that you identify this affliction and develop a strategy to fight it.