Many people who begin trading think of it in purely mathematical terms: If the ultimate multiple regression equation could be devised, one could simply put in the inputs and get the outputs. And the outputs could be used to forecast the markets. The working assumption seems to be that the markets can be predicted in much the same way that engineers can use equations to construct a bridge. But the markets are far less consistent, and in some ways, they are more complex. 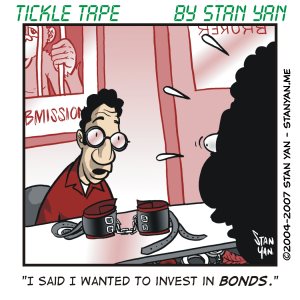 In contrast to what a novice trader may expect, seasoned traders tend to rely on abstract feelings rather than facts. They trade intuitively. How do you observe the world and gather information about it? Do you just want the facts and the specific details and none of that “touchy-feely” stuff? Or are you more intuitive? You don’t believe in “facts.” You think the reality is subjective and prefer to think in theoretical and abstract terms. It is useful to identify whether you are intuitive or data-oriented. If you are data-oriented, it may be useful for you to learn to trust your intuition.

Philosophers have contrasted the “intuitive” to the “sensor.” The Sensor type prefers cold, hard facts and sees the world as rational, predictable, and orderly. Intuitive types are more fanciful, and see the world as random, theoretical, and conceptual. A trader who is a sensor may want to know the specific price level where resistance begins. He or she would prefer to follow a specific set of rules and may want to pin down exactly where an abstract value, such as resistance, begins and ends.

An intuitive trader, in contrast, views the “rules” to identify resistance as mere guidelines, which may work at times but not always. For example, perhaps resistance will be a round number or a previous peak or trough, perhaps it will not. No one knows for sure; such guidelines are just possibilities, not hard and fast rules. Sensors look at market concepts literally, believing they are true-life entities, rather than just abstract concepts. An intuitive trader looks at the markets in a figurative sense. All signals and indicators are subjective in the end, maybe a little inaccurate, and are a mere approximation of reality. There’s a good chance they will be wrong and that’s all right.

When it comes to the markets, it’s generally advantageous to be an intuitive trader. Reading charts and getting a feel for the markets is subjective in the end. Trading decisions are merely based on educated guesses. It isn’t exact, but mushy, random, unpredictable, and conceptual. It’s not linear, a matter of fact, and predictable. Because the markets are so complex and chaotic, it takes intuition, hunches, and a kind of creative and artful mastery to win consistently. The logical analysis of facts and figures can only go so far when you are trying to trade the markets, which have inaccurate figures and are largely inexact. So if you are a “natural” intuitive type, you’ve got a head start. And if you are a data-oriented, sensor, try to nurture your more intuitive side. Become an intuitive trader, and you’ll see your profits grow.