Social psychologists are often fond of saying that people are “lay scientists.” Like formal scientists, they try to understand their world. They make hypotheses and test them. Rather than conducting formal experiments, however, they use their everyday experience to test out theories they have about people. We do the same thing when we learn how to trade. We study the markets and try to develop our own personal theories about how the markets work. Because we don’t conduct formal experiments, though, we may fall prey to psychological biases. One of these psychological biases is the false consensus effect: we tend to wrongly think that others believe what we believe and do what we will do, but that’s only our perspective and it can mislead us. 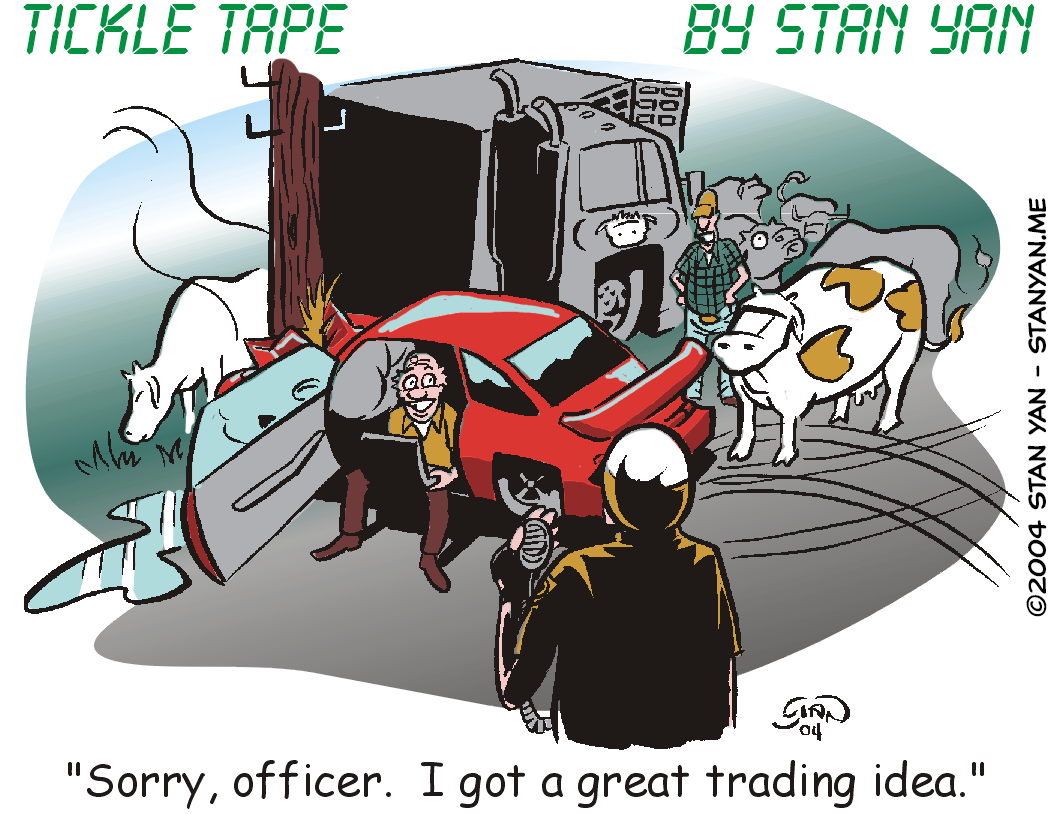 Short term trading is often about anticipating what the masses will do. Will they buy or will they sell? It can be hard to do. Take the past two weeks, for example. With the war, the hurricane, and high oil prices, one might think that the masses would bail out of the markets. But they didn’t. It goes to show that you can’t always anticipate precisely how people will react to world events. It’s all a matter of having the right perspective, and it can be hard to find that perspective at times. Perhaps it can’t be done easily, but it’s essential that we try.

Why is it difficult to anticipate what people will do? Part of the problems lies in the fact that we are mere mortals. Humans have a limited capacity for understanding complex information. In some ways, people can process information better than a computer, but in other ways, they cannot. Many times, we use heuristics or rules of thumb to make decisions.

The false consensus effect is one of those rules of thumb that may bias our decisions. No matter what decision you ask people to make, no matter how important the issue, and no matter what choice is made, social psychologists have demonstrated that people over-estimate the number of others who agree with them.  There is a natural tendency to believe that our decisions are relatively normal, appropriate and similar to what our colleagues and peers would do in a similar situation. We use our decisions as an “anchor” and evaluate what others would do based on what we would do. This decision-making bias can contribute to feelings of over-confidence.  Once we make a decision, we tend to be confident that we are correct and that others will agree with us, but had we seen the situations from their perspective, we may see that they would behave quite differently.

One explanation for the false consensus effect concerns how people make a decision. When making a decision regarding a position, people try to piece together evidence to arrive at a decision. At some point, they organize all the information that supports one alternative over another while discounting contradictory information. After a decision is made, evidence supporting one’s decision is readily “available” in memory and is easy to remember.  When asked to decide how many people would make a similar decision, people still have these various pieces of confirming evidence in mind, can easily recall them, and believe that others will behave as they do based on the information they recall. Estimates of what others will do are based on inaccurate memories, rather than objective facts.

This bias often operates in the trading realm. As a trader, you are constantly trying to anticipate how the masses will behave. You look at and interpret the data in front of you and draw a conclusion. The only perspective you have to go on, however, is your own. And that perspective may be off.

How can we defeat the false consensus effect? The best defense is to gain awareness of it. Remind yourself that you are acting on imperfect information. You must accept this fact of trading, but you can work around it. Always be a little skeptical. Manage risk and be ready to accept the fact that you may be wrong. You’re human, after all, and you are prone to make biased decisions occasionally. Rather than beat yourself up, it’s better to take it in stride and move on.