Self-control is often the key to trading success. Masters of the market are disciplined. They don’t sporadically act on a whim. They develop specific trading plans and follow them. Trading is largely a matter of capitalizing on odds. If you assume that a given trading strategy has a past performance record of 50%, for example, it’s a matter of odds as to whether that particular strategy will obtain that level of profitability in the future. This expectation is not assured, however. 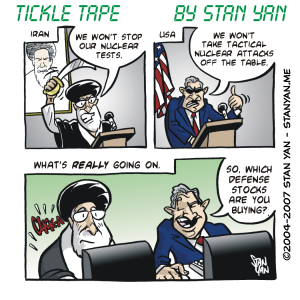 Unanticipated factors, such as a change in market conditions, can go against the strategy, diminishing its expected performance record. A lack of emotional and impulse control further reduces the odds of success. The only way to take advantage of the law of large numbers, and thus, increase the odds of capitalizing on the expected performance record of the trading strategy, is to execute the strategy flawlessly on as many ideal occasions as possible. If you don’t show the proper discipline, however, you throw off the odds. By chance alone, you will decrease the number of winning trades you will realize with the trading strategy.

There are individual differences when it comes to self-control. We all know people who are extremely good at controlling their emotions, spending, and impulses. But most of the time, people who show such extreme control are not attracted to trading. Traders are often the kind of people who don’t mind taking chances and thinking and doing outside the box. And people who don’t mind taking risks usually have a little trouble controlling their impulses. That’s just the way human nature tends to work. But if you are a natural-born risk taker, all is not lost.

According to psychologist Megan Oaten of Macquarie University, if you practice discipline, you can increase your ability to maintain self-control. Oaten has studied people who lack discipline compared to others. Initial differences in self-control between people disappear with practice. You can look at discipline like training for a marathon. At first, you have difficulty running. You can only run so far before you get tired. With practice, though, you build up stamina. It’s the same with discipline. The more you practice it, the more self-control you can handle.

It’s the same with trading. Many novice traders think they can trade by the seat of their pants, even though they don’t have very much experience with the markets. They don’t make a specific trading plan, and thus, put extra strain on themselves. They trade large positions and think they can make quick mid-course corrections on the spur of the moment. But trading under these circumstances is much like running a marathon without proper preparation. You don’t have enough stamina; you get tired out fast and you choke under the strain.

Similarly, you may trade without proper preparation. You may trade without a clearly defined plan. You don’t know when to enter, when to exit, or how to monitor the trade. Also, you may risk too much capital and feel the stress of taking a risk that you can’t afford to take. Under these circumstances, you’ve increased your chances of failure. Just like training for a marathon, though, you should take it slow. With practice, you can build your ability to maintain self-control. First, manage risk. Take some of the stress off.

If you know you can survive the worst-case scenario, you’ll feel calmer and it will be easier to maintain self-control. Second, trade with a detailed trading plan. If you have a specific plan, it will be easier to follow. Over time, you will be able to increase risk or make last-minute changes to your trading plan. But for now, take it easy. Don’t try to do too much. You’ll eventually be able to trade with discipline, but for now, don’t trade beyond your abilities. Minimize the amount of self-control you must exert.

With practice and perseverance, you’ll develop the ability to stay self-controlled even when the pressure is on. Until then, minimize the amount of self-control you are required to take. You’ll increase the chances of profits coming your way if you do.