The winning trader is cold, calculating, and logical. It is vital to control your emotions, rather than let them interfere with your trading decisions. It has often been said that fear and greed are the true motives behind market behaviour, but other emotions, such as anger and disappointment are also powerful emotions that influence our decisions. Although emotions may interfere with discipline and sound decision-making, they are not all-powerful. Through awareness, one can master and control one’s emotions. 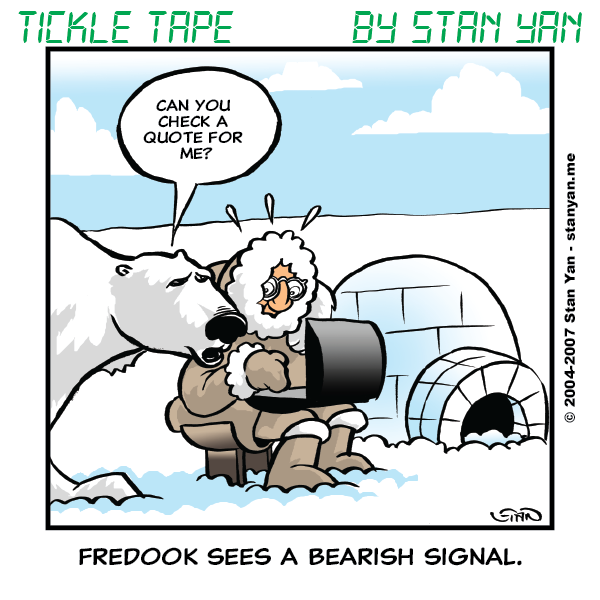 Although all emotions have a physiological aspect, emotions don’t arise in a social vacuum. They are a function of a person’s relationship to his or her environment. Emotions have adaptive utility. In the wild, for example, humans had to decide whether to fight an opponent or flee to safety. Fear and anxiety happen when we perceive that we may be facing impending doom. We become energized. We focus on examining our options, and take quick, decisive action. When it comes to trading, however, fear isn’t always useful. Many traders become fearful when they perceive that a loss is imminent. When a loss is clearly going to happen, it is useful to close out a trade as soon as possible. But many times, traders tend to follow the crowd. They see other traders selling, and just as members of the herd follow the leader, they sell as others are selling, and buy when others are buying. The masses are motivated by fear. The winning trader, however, capitalizes on fear.

Winning traders learn to sell while others are buying and buy when others are selling (in general, that is; it’s not quite that simple). The winning trader uses the fear of others to his or her advantage and doesn’t act on his or her own fear. It is reasonable to be fearful when your money is on the line. That’s why winning traders protect themselves by trading with a detailed trading plan and managing risk. By taking proactive steps to minimize risk, they trade more effortlessly and with less fear.

Anger and disappointment are two additional emotions that powerfully influence trading decisions. Both emotions concern expectations about our performance and how we expect the market to behave. We become angry when things don’t go our way. Because we want to win, we hope that the market will behave in a manner consistent with our trading plan. When we feel that fate, or some unidentified external forces (such as other traders or market makers, for example), has created a situation that thwarts our plans, we become angry.

When we think we ruined our own plans because of our incompetence, we feel disappointed. Regardless, there’s a natural inclination to want to control our destiny, and when it comes to trading, we want to control the market. We may want to impose our will onto the market. The market, however, can’t be controlled. One must accept what the market has to offer. You cannot make the market do what you want it to do.

If you accept that you are powerless over market action, you’ll be less angry or disappointed. If you anticipate and truly accept the fact that the market can, and often will, go against your trading plan, and that it isn’t personal, you’ll not be fazed by it. You’ll just accept it, and move on. If, on the other hand, you expect the market to move in your favour, you’ll feel angry and disappointed, which often leads to feelings of revenge or despair. These emotions can be paralyzing. It is better to accept the market for what it is, take precautions (again, control risk and trade a detailed trading plan), and be ready to accept the results you achieve, good or bad, and just move on to the next trade.

Emotions are a natural part of trading. As much as we painstakingly plan our trades, the market doesn’t always meet our expectations. Indeed, it is more likely that the market will fail to meet our expectations than behave in accordance with our plans. If you accept this fact, however, and take proper precautions to work around it, you’ll be able to minimize the influence of emotions. You’ll trade more effortlessly, creatively, and profitably.