Tim tells his trading coach, “I’ve been trying to follow that old adage, ‘Trading is a profession where you should go in expecting to lose,’ but it just doesn’t help. I don’t like losing, and when I experience a loss, I just feel awful.” Tim isn’t alone. Many novice traders ride a rollercoaster ride of emotions, feeling a combination of relief and euphoria when they win, yet hurt and disappointment when they lose. Ultimately, the more you can trade in a relatively calm, logical mindset, the more profits you’ll realize. But learning to accept losses is often easier said than done. It can be hard for some traders to learn to accept losses and take them in stride. It may be necessary to view taking a loss as a skill that you must develop. 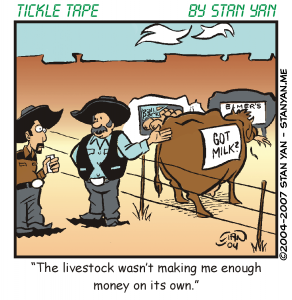 It is useful to anticipate losses as a trader. The odds are that you will see many losses, but it is vital to remember that overall, you’ll come out as a profitable trader as long as the profits from your winning trades exceed the losses from your losing trades. So it’s essential that you don’t confuse a healthy sense of scepticism regarding trading outcomes with pessimism. There’s no need to be pessimistic. You can trade profitably as long as you don’t let your emotions get the better of you. That said, losses are still hard to accept. They hurt. We can intellectually believe that losses are a fact of trading and that we should expect them and not let them bother us, but when it comes to actually accept a loss, this intellectual belief may provide little solace. It still hurts.

It is important to deal with the psychological pain of losses as soon as possible. Unless dealt with immediately, the psychological pain of a loss can set off a downward spiral of distressing moods. You experience a losing trade, feel poorly, and your unpleasant mood adversely influences your outlook. If you can stop a potentially vicious circle of negative mood, you’ll remain calmer and persist in the face of upsetting losses.

One way to learn to combat the psychological distress of a loss is to visualize how to deal with a loss during off-hours. Imaging a trade not working out and how it feels to close out the position. Look at your thoughts. Are you exaggerating the significance of the loss? Are you thinking thoughts like, “I’ll never be a winning trader? This loss shows how bad I am at this.” If you put more meaning on the loss than is warranted, it will worsen the psychological impact of the loss.

Instead, try to remain a little detached. As you imagine losing, practice alternative thoughts. You might try thinking, “The loss doesn’t mean anything. It is just feedback.” Don’t think of a losing trade as having personal meaning. It is merely feedback about how your strategies are working or the market conditions during a particular point in time. Don’t over-interpret it and give it more significance than it deserves. It is still hard to remind yourself that it is just feedback that means nothing about you, but if you practice thinking these thoughts, you’ll eventually be able to take some of the emotions out of the picture. You’ll be able to look at the loss as mere feedback, just an objective piece of information.

There’s no need to let yourself get bogged down by losses. It’s often not nearly as bad as you’ve made it out to be. By practising to take losses, you’ll learn to minimize them. You’ll take them in stride and move on to achieve greater profits.