Winning traders have a passion for trading. They love what they do. They may even get a little thrill when they put on a trade. But there’s a huge difference between loving what you do and trading to get a big thrill. Some traders are addicted to trading. They take unnecessary risks, risks that are more about feeling high or getting an adrenalin rush than making profits. Ari Keiv (2002) describes the addictive trader as, “constantly seeking a sense of power and control; competitive, restless, and easily bored.” These traits make addiction-prone traders seek out greater and greater risks until they blow out their accounts. 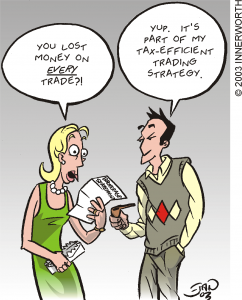 Trading is fun, and there is nothing wrong with having a little fun. But addiction-prone traders have a gambler’s mentality. They put on trades to get high. For example, some addictive traders actually enjoy severe drawdowns. Whereas most traders would do anything to avoid being down $100,000, trading addicts prefer to be down. Even though they pretty much need to make $200,000 to get out of the hole, they prefer this set of circumstances. They prefer to have their back against the wall. It’s thrilling, exciting, and makes them feel they are living dangerously.

Another form of trading addiction is using trading to feel superior to others. Addiction-prone traders secretly feel inferior. To cope with this sense of inferiority, they want to believe that they are smarter than any trader around. Rather than accept what the markets have to offer, they try to outsmart the market. They think they can dominate the markets. For example, they may think of contrarian ways to trade the market even during a strong bullish trend, just because they like to feel different and special. Following the crowd doesn’t give them a sense of superiority, so they would rather not do it, even when the crowd is right, which they sometimes are.

If you have a problem with putting on overly risky trades in an effort to get a quick thrill, it’s vital that you learn to trade more prudently. Avoid going against the crowd just to be different. Avoid impulsive trades. Make a detailed trading plan and follow it. Decide whether you are making a trade on a whim or are trading based on a sound analysis of the market. If you are trading by the seat of your pants, stand aside until you calm down, and can think carefully and deliberately. Addictive traders end up failing in the long run. If you have this problem, it’s essential that you overcome this ailment before you completely wipe out your account.