A common complaint of novice and master traders alike concerns the ability to maintain discipline and self-control. Whether it is prematurely abandoning a trading plan or putting on a trade just to get a thrill, there are times when traders act on impulse. They act without thinking, and often, make a trading error in the process. The more you can take control of your emotions and trading decisions, the more profitable you’ll trade in the long run. 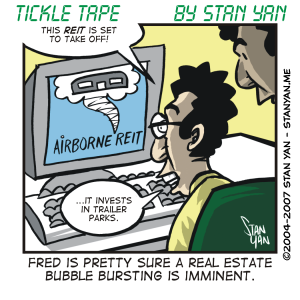 There are both personal and situational reasons for why traders make impulsive trades. Some people are impulsive by temperament. They are overly self-indulgent and have trouble maintaining discipline in a variety of situations. That said, even conscientious people are impulsive under certain circumstances, and trading is replete with times where it is hard to maintain self-control. For example, oftentimes, trading can be boring. If you are making a swing or longer-term trade, you must wait patiently for the price to move to your exit point. For some, waiting is excruciating, and there’s a strong temptation to do something to reduce the boredom.

Some traders overtrade to kill some time or to get a quick thrill. What’s the harm? Nothing, if the trade is small and you are ready to take the loss and think nothing of it. But some traders may get overly consumed with the money they have lost, either because it was more than they had anticipated, or because they are overly concerned with how their ego was unexpectedly dinged. Even though they didn’t intend to make a spur-of-moment, “time killer” trade a big deal, it turned out to be a greater burden than they had anticipated. The trade may have started as a way to fight a little boredom, but suddenly, it became an issue that shifted attention away from more significant trades. It is better, in the long run, to restrict trading to high probability setups in which you have a clearly defined trading plan to guide you.

Other traders may work under the false belief that by merely making a bunch of trades, they can increase their odds of success. They wrongly believe that they can make any trade for any reason and that the more trades they make, the more profits they will realize. Even though you have to risk money to make money, and similarly, you must execute trades to make profits, it doesn’t mean that merely putting on trades guarantees success.

Obviously, you must use trading methods that are viable and robust and use them under those market conditions where they have proven effective in the past. It’s important to remember that you must carefully monitor market conditions, and apply a trading method when it is likely to produce a profit. If a high probability setup doesn’t present itself, it is vital to stand aside until matters change. Remembering this fact can help you remind yourself to show self-control and to stand aside until market conditions are optimal.

A common reason that traders may abandon a trading plan is that they are tired and worn out. Self-control requires psychological energy and when you are tired, it is difficult to devote the proper level of psychological energy to maintaining self-control. You are easily distracted and even the slightest amount of stress can upset you. During these times, you may be prone to impulsive decisions. The best antidote is to get plenty of rest. The more rested you are, the more easily you can control your impulses.

If you can control your impulses, you’ll trade more effectively. Don’t trade by the seat of your pants. If you develop a clearly defined trading plan, you’ll have an easier time following it. It is also vital to view trading as a business. Don’t put on trades just to get a thrill. And most importantly, stay rested. Don’t trade while you are hungry, tired, overly emotional, or under extreme stress. You have a limited amount of psychological energy, and when it is depleted, you’ll have difficulty controlling your impulses. There may be times when it is hard to control your impulses, but if you gain awareness of the potential causes and possible ways to gain control, you will stay disciplined and profitable.