Whether it is trading or playing sports, when the pressure is on, many of us crack under the strain.  Consider the Olympic performances of Sarah Hughes and Michelle Kwan in the 2002 Winter Olympics. Michelle tried to meet high expectations of winning the Gold Medal and made several mistakes in her performance.  Sarah, on the other hand, went into her performance with fewer expectations and a carefree attitude. She said, “I really thought there was no way in the world I would win. 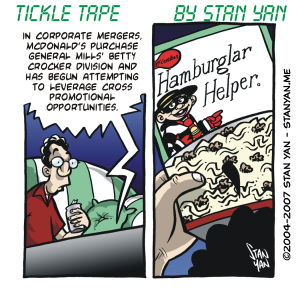 Realistically, there was this little window, but I didn’t think I would win.  I went out and just skated.” By taking this carefree attitude, she skated freely and without worry. This stance allowed her to react to the moment, express her creativity, and win the Gold Medal. It’s like saying, “I didn’t worry about how much money I would make, I just traded.”  It’s also similar to something Andy Bushak, a trader with Advanced GET, said in his Innerworth Master Interview about successful traders on the floor of the Chicago Mercantile Exchange. “They don’t have too many rules for themselves. They keep it simple, do a little bit of homework, and simply react to market conditions.”  In other words, they just trade.

Successful traders make trades in a carefree manner.  They don’t put pressure on themselves to succeed. They don’t believe they need to be right, and they don’t need to predict the future behavior of the market.  Instead, they objectively observe market conditions, react to them, and let the market take them where it wants them to go. Successful traders are “in the zone” as Mark Douglas claims.

In his book, “Trading in the zone,” Douglas notes that seasoned traders do not doubt or second-guess themselves. They freely enter and exist trades without worrying about the consequences.  This carefree approach to trading allows them to see trading opportunities more easily and allows them to take advantage of these opportunities when they arise. How does one enter the zone? It’s takes intense concentration and focus, and it’s difficult to maintain this stance when the pressure is on you to perform.

Mark Douglas suggests removing some of the pressure by thinking in terms of probabilities and carefully managing risk. You may not win on any single trade, but after a series of trades, you will have enough winners to make a profit in the long run. Remembering this and having confidence that your trading strategies, or edges, will ensure you make money in the long run will help you stay in the zone.  It’s also important to manage your risk. Specifically, determine your risk on a given trade before making it, and risk only a small amount of trading capital on a single trade.