Stan has been looking at his screen for the past 20 minutes. He is a little tired and bored. He wants some action. He figures, “I might as well buy a few shares of the QQQ. It is bound to go up eventually.” He puts in the order, even though he has no specific plan or rationale for the trade. It’s just something to do. Have you ever put on a trade to combat boredom, or just because you think you should? You may be overtrading, and in the long run, the commissions and taxes that overtrading costs you can eat into your overall profits. 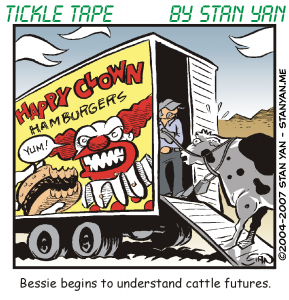 Overtrading is the tendency to put on trades unnecessarily, haphazardly, and without a specific trading plan. Behavioural economists and trading coaches have proposed various reasons for overtrading. Some traders may overtrade merely because they assume, “a real trader trades all day,” while other traders may crave the excitement that excessive trading brings. Still, others may overtrade to cope with a general frustration they feel in their lives. For them, putting on trades is like playing the lottery: every trade brings hope of success and fulfilment. Others are just plain greedy and hope to make as much profit as possible during the trading day. Overtrading doesn’t usually pay off, however.

Behavioural economists Drs. Barber and Odean studied trading patterns at a large brokerage. They identified overtraders based on the number of trades they made and examined the number of profits each group realized over the course of a year.

They wanted to see whether overtraders could beat investors who used a simple buy-and-hold strategy. Average annual turnover was 250% for overtraders and 2.4% for buy-and-hold investors. It is quite interesting, however, that although both groups achieved an 18.7% gross return on their investments, the net return differed greatly. Due to commissions, the overtrading group had a net return of 11.4% while the buy-and-hold group had a return of 18.5%. Capital gains taxes from repeated, unnecessary trades further reduce account balances.

Barber and Odean’s study was conducted with long-term investors, but what are the implications for traders? The reasons for overtrading are very similar regardless of the timeframe one trades: Some individuals put on trades for the thrill of making a big win, while others over-extend their trading knowledge or trading abilities. Regardless of the reasons, the net results are the same: unnecessary depletion of precious trading capital.

One of the best antidotes to overtrading is to develop and trade very detailed trading plans. It is to your advantage to develop a specific trading plan and stick with it. Before you put on a trade, make sure your trading plan is clear. Identify the signals or indicators you will use to monitor the trade. Anticipate which indicators will signal when a trade is going against you.

Justify your trading plan, and make sure that you have sound reasons for putting on a trade. Make sure you are taking advantage of a good setup, rather than impulsively acting on the urge to put on a trade. Through careful self-monitoring of your trading plan, you can reduce overtrading and the potential damage it can do to your trading account. Limiting your trades will not only increase your chances of making profits, but you’ll feel a sense of psychological stability that comes with consistently profitable trading.