Humans have a tenacious need to protect their assets and avoid risk. This is especially true for novice traders. It took a long time to build up sufficient capital to trade seriously, and it’s understandable to fear losing some of it. Novices tend to seek absolute certainty before taking a risk, and gaining such certainty can take time. But when it comes to short term trading, there isn’t very much time for long deliberations. Market conditions are in continuous flux. Decisions need to be made relatively quickly, and if one waits too long to execute a trade, he or she may miss a significant opportunity. The reasons for hesitation are many, and it’s useful to be aware of them and make a plan to thwart them.

The complex charting software available these days can often increase the tendency toward hesitation more than reduce it. It’s tempting to look at as many indicators and signals as possible. Doing so, however, can be very time-consuming. That’s why seasoned traders advise looking at only a few key indicators. 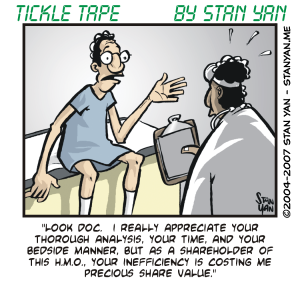 Hesitation is usually related to a lack of confidence in one’s trading strategy or trading ability. There may be several reasons for this lack of confidence, with some more deep-seated than others. One may not believe that his or her trading plan is adequately developed. Some traders may question their trading plan because they know that they did not spend enough time preparing it. Sometimes hesitation can be an intuitive warning sign, a way of telling oneself not to be too overconfident. In this case, hesitation can act as a motivator. If you feel you are hesitating because you have not prepared adequately, then spend more time preparing for your trades. Learn about new higher probability setups, reduce your doubt and indecision, and in turn your hesitation through more adequate preparation.

Hesitation can also reflect a deep desire to be right and a fear of being wrong. We are often afraid to face our inadequacies. By putting off a decision, we don’t have to face our limitations and can pretend that we are better traders than we really are. Extreme perfectionists are especially prone to this type of indecision. They continuously second guess and doubt themselves. They believe that if they are wrong, they cannot handle it. This occurs in trading decisions as well as other life decisions. Extreme perfectionists may fatalistically think that once they make a bad trade, it will be the start of a downward spiral and a complete blowout of one’s trading account.

Finally, hesitation may relate to low self-esteem or other deep-rooted psychological issues. Individuals with low self-esteem tend to lack confidence in many different life domains. Doubting one’s ability to trade, and thus, hesitating to make a trade may reflect a more pervasive, deep-seated self-doubt. People who hesitate may have a conflict regarding their success. They may have a “fear of success” where at one level they strive for success, but at another level, they secretly believe they cannot attain it, or do not deserve it.

Identifying and eliminating a problem with hesitation is useful. Chronic hesitation can erode one’s trading confidence. One may put on trades, continue to hesitate, miss important market moves, and see his or her equity begin to dwindle. As one’s confidence is further eroded, hesitation may worsen. So, if you’re prone to hesitation, it’s vital that you address this problem early. Identify the reasons for it, and make changes as soon as possible. By eliminating this common and pervasive ailment, you can trade profitably and consistently.