Bill has had a bad day. He’s down $1,000. He thinks, “I can’t end the day down $1,000. I’ve just got to make that money back by the end of the day.” He continues to trade even though his performance is off, and he feels the pressure to make back what he’s lost. He makes a few trading mistakes and loses another $5,000. His account balance has taken a big hit. In hindsight, Bill realizes that he would have been better off if he had just stood aside, rested, and regained his composure before continuing to trade. Instead, he has dug a deeper hole than necessary, and it will be even harder to get out of it. Sound familiar?

Many traders are afraid to accept their limitations. Rather than face facts, they continue to trade and pay the price in terms of severe losses. Winning traders, in contrast, monitor their mood, mindset, and skill level every minute of the day. If any of these factors are off, they take a break. It’s vital for long-term success to develop a self-monitoring plan. Monitor your general mood and your specific emotions. When you aren’t feeling up to par, stop trading. 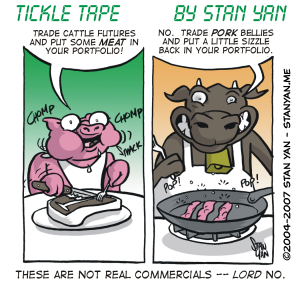 Systematically monitoring your mood is essential. Some traders suggest rating one’s mood before the markets open on a 1-10 point scale, ranging from out of sorts, pessimistic (1) to full of energy, optimistic (10). Unless they rate themselves at an 8 or above, they take the day off. They rest, relax and re-energize before returning to the markets.

In addition to rating your general mood, it’s also important to identify feelings of regret and revenge. When we’ve made a series of losing trades, we regret it. Regret is a powerful emotion; it’s often more powerful than fear and greed. Traders have a strong need to avoid regret. Feeling regret forces us to admit that we were wrong. It makes us feel guilty. We entertain “if-only” scenarios: “If only I had done X or Y, I would not have lost.” Regret makes us feel inadequate and uncomfortable.

The easiest way to avoid regret is to deny you’ve made a mistake, to believe that one can still make back what one has lost. The problem with avoiding regret is that you shift your attention away from the problem. You don’t notice that something is wrong. You fail to see that a fundamental factor has changed, either you have changed psychologically or the market conditions have changed. In either case, it’s better to stand aside than continue trading. Look for signs that you are avoiding regret. Focus on feelings of anger, frustration, or revenge. When you’ve made a series of losses that you view as unfair, you will feel angry; you’ll want to take your revenge out on the markets. When you feel these emotions, it’s probably a way of avoiding subsequent feelings of regret upon admitting a loss.

It’s vital for your survival to stop trading at that point. You’ve lost your objectivity and it’s likely that you will trade impulsively because your full attention is not on your immediate experience. A related emotion is a fear. When you are afraid of the consequences of losing money, you are also avoiding regret. It’s better to stop trading, regain your composure, and start up again when you are refreshed, which may be the next day.

You should also take active steps to minimize feelings of regret. Neutralize these emotions by monitoring your self-talk. When one feels regret, he or she usually thinks, “I should have done X, and I’m an unworthy person for not doing X.” The truth, however, is that the markets are unpredictable. You can’t blame yourself for not anticipating every possible influence that may go against your trading strategy.

And if you lost money because you didn’t clearly specify a trading plan or stick with it, feeling regret isn’t going to help you very much. It may be useful in this case to kick yourself a little, but it’s much more useful to take a more positive outlook, and think, “Trading takes practice; the more I practice, the more I’ll develop the discipline I need to be a profitable trader.” By acknowledging that you’ve made a little mistake and reminding yourself that you will do everything possible to minimize its significance, you’ll feel less regret. You can acknowledge your limitations more easily. But, whatever you do, don’t dig the hole deeper. Face your limitations, regain your composure, and go back in when your mindset and market conditions are just right. You’ll find that you will make more profits in the long run.