The expectations you hold about where your trading career is going can have a powerful impact on what you do and how you do it. Consider three traders, Jake, Steve, and Paul. Each has a different outlook, and this outlook dictates how they approach the markets.

Jake is a pessimist. He wants to become a profitable trader, but his attitude gets in the way. He thinks, “I just don’t have the talent to trade profitably.” Jake bases his assumptions on the fact that he traded for an entire year and ended up blowing out his account twice. He believes that his past performance “proves” that he has no future as a trader. But he’s still not ready to give up. A voice deep down tells him to keep trying, but Jake has trouble listening. He pursues trading earnestly but in a closed, defensive way. 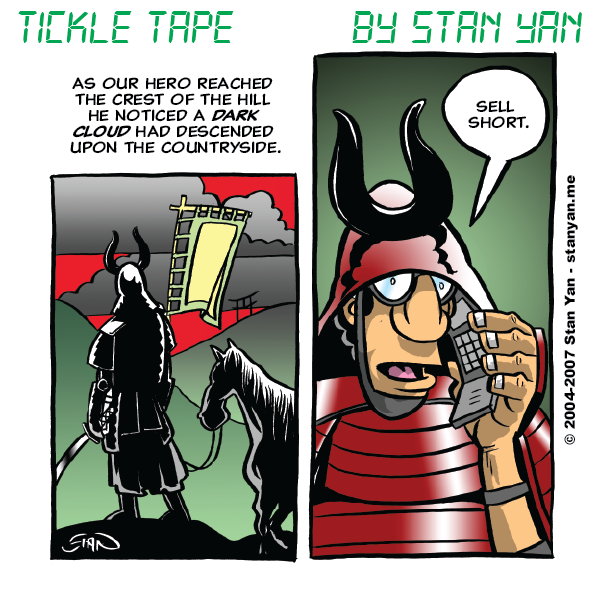 Rather than embracing the profession, he holds back. Rather than taking risks, he avoids risks at all costs. He is consumed with losing, and truly believes that it is just a matter of time before he blows out once again. He is complacently waiting to lose. What Jake needs to do is think creatively. He needs to look forward to honing his skills. He should be open and excited about what he is going to learn next. It may be true that he will face many more losing trades in the future, but it is all part of the process. He can’t learn how to trade like a winner sitting still. He must go out and take risks.

Steve is an optimist. Unfortunately, though, he is an unrealistic optimist. He has a “can-do” attitude. He believes that he was meant to be a trader, but he mistakenly thinks that a positive attitude by itself can make his dreams come true. He expects winning trades in the future, and rarely believes he will face a setback. The problem is that his positive attitude isn’t allowing him to fully realize his goals. He continues to lose money. Why? A positive attitude can keep you persisting in the face of setbacks, but it’s unrealistic to think that trading offers a way of making easy money. Trading is hard work. You have to be thick-skinned and be willing to hone your trading skills. You must be willing to put in long hours and develop an intuitive feel for the markets. You must also be willing to face the fact that developing your skills is not going to happen over night.

Paul is optimistic but also a realist. He knows that profitable trading isn’t something that is going to come easy. He expects to lose money and face setback after setback. He doesn’t know when he will fully master the markets, but he knows that if he keeps at it, he will eventually become a profitable, seasoned trader. He is mentally prepared for any outcome. He knows he may blow out his account a few times, but he figures that it’s just tuition he has to pay for learning how to trade profitably. For him, trading is something he can learn to do. He doesn’t believe that he is a natural born trader, but he believes that with enough hard work and determination, he’ll become a seasoned trader.

Of the three traders, Paul is likely to make it. Steve is an optimist, but he has a Pollyanna attitude. He will stay happy for a while, but eventually he will face so many setbacks that his optimistic attitude will turn into deep discouragement. He thinks trading is easier than it is, and is not prepared to put in the commitment he needs to gain mastery. Jake is so much of a pessimist that he doesn’t even try, and because he doesn’t try, he will never hone his trading skills. Paul has a positive attitude, but he knows how hard trading is.

He expects to see setbacks, but because he knows that trading is hard work, he is ready psychologically to accept that obstacles are commonplace, and he is willing to overcome any obstacle. The right attitude is essential for trading success. It’s not impossible to master the markets, but it isn’t easy either. By holding an optimistic yet realistic view, you’ll be able to accept how tough trading is, but at the same time persist until you overcome every obstacle.