All animals, even humans, need a reward before they act. Why does something if you can’t get something out of it? Our strongest motives are to satisfy physical needs, such as hunger. When an animal is hungry, for example, it is willing to go to great lengths to find food. Humans are a little more complicated, however. We can, and usually are required to, postpone the gratification of our needs. We don’t need to eat immediately just because we are hungry. We can put it off until the appropriate time. 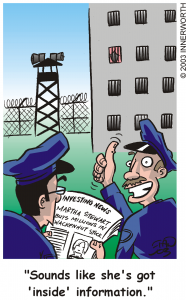 We can also replace a natural reward, such as food, with a symbolic reward, such as money to purchase a savory meal. Money is a powerful motivator, and that’s why it is so strongly associated with emotions, such as fear and greed. We are afraid when we symbolically face starvation and have learned that it is wise to stockpile resources, and thus, we are euphoric when we realize that we have accumulated enough profits to rest easy for a while. Trading directly produces profits and happiness, and thus, it has an inherent and compelling reward system.

We persist when we think we are bound to make huge profits, but run for cover when we are about to take significant hits to our account. Although the profits from trading are powerful rewards, they are often linked to emotions. So if we are motivated solely by profits, we’ll tend to experience a rollercoaster ride of emotions, feeling euphoric when we make profits and despair when we encounter losses.

One way to control your moods, as your account balance moves up and down, is to set up an alternative reward system. The idea is to reward yourself for making progress toward learning to become a seasoned trader, despite winning or losing on any particular day or week. The most powerful influence on your daily emotions comes from the outcomes of your trades, happy during wins and disappointed during losers. Although quite natural, these emotions can often interfere with your ability to cultivate a calm, rational approach to your trading.

Rather than sticking with your trading plan, for example, a sudden shift in emotion may cause you to abandon your plan on impulse. If you aren’t careful, the profits you realize one minute can be wiped out the next. It’s vital to stay calm, and the best way to do that is to divorce your emotional states from your profits and losses.

It is better to think of the big picture, “I know I’ll be profitable in the long term, but I’m not going to look at a specific dollar amount right now.” You may look at abstract figures, such as your win-loss ratio, for example, but avoid looking at the specific amounts you are making. When you can do that, you’ll be able to stay more calm and rational. The key behavior for profitable trading, in the long run, is to make justified wins. Justified wins happen when you carefully develop a trading plan and stick with it. However, if you make a win by trading by the seat of your pants, rather than by following your trading plan, the win isn’t justified.

Whenever you follow your trading plan, learn to pat yourself on the back, regardless of whether you win or lose. If you can continue to stick with your trading plans for a week, for example, then give yourself a big reward; go out to dinner or buy yourself a gift. By paying attention to the alternative reward system, you’ll be able to ignore whether you are winning or losing and focus on the process of trading. Eventually, you’ll develop the discipline you need to trade consistently. You can also use an alternative reward system for behaviors that enhance your trading skills, such as learning about new trading strategies or studying the markets in off-hours.

Any activity that helps you become a better trader can be rewarded, regardless of whether it produces a profit in the short term. It’s the long term that matters, and if you work to hone your trading skills and gain experience with the markets to master them, you’ll eventually learn to become a consistently profitable trader. So don’t focus on immediate rewards and punishments. If you do, your mood will go up and down as if you’re riding a rollercoaster. Set up an alternative reward system. You’ll focus exclusively on developing your trading skills and feel good about doing it.