Don’t overestimate the amount of information your mind is capable of processing.  Over the past 40 years, cognitive psychologists have shown that the mind has limits, and you should be aware of these limits while making trading decisions. 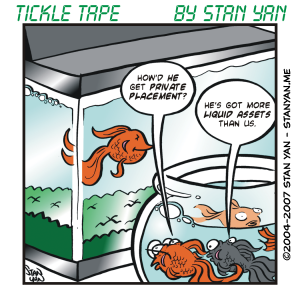 Cognitive psychologists view the mind as analogous to a computer. Long-term memory is similar to a hard disk in that information is stored permanently, even when the computer is turned off.  Your attention or conscious thought, in contrast, is similar to computer RAM.

How can we as humans increase the “processing capacity” of our minds?  It isn’t easy. You cannot merely add extra RAM or a faster CPU.  What we can do instead is “overlearn” some of the tasks we do while trading.  It is similar to how people learn to drive a car.  At first, one must focus attention on each driving task separately in a deliberate focused manner.

But, over time, one can monitor speed, look for road hazards, and engage in several tasks automatically, and still have plenty of attention left to talk with a friend or insert a CD into the car stereo.  You may have noticed that trading tasks can be “over-learned” in much the same way.  For example, you probably have noticed that over time, you can identify signals that precede a breakout almost automatically.  With practice, a lot of steps that you once had to perform in a deliberate and tedious manner can now be completed will little effort.  Many times, “intuitive” decisions merely seem as if they are a “gut instinct,” but may in fact be based on several valid and reliable inputs and signals that were processed automatically.

Increasing your processing capacity in this way is a double-edged sword, however.  Processing signals and other “inputs” automatically can allow one to process a greater amount of information, but the more automatic processing becomes, the more likely a person is prone to common decision making biases, such as the fundamental attribution error, false consensus effect, and confirmation bias.  That is, a “gut instinct” may be based on valid and reliable inputs, but it may also be based on faulty memory processes, such as a reliance on inaccurate vivid examples of past market behaviour, which are no longer valid.

It is useful to gain awareness of your processing capacity.  Develop a greater capacity by learning to process several inputs simultaneously, but at the same time, be on the lookout for decision-making biases.