Winning traders are disciplined. Discipline means controlling impulses and fighting the urge to abandon your trading plan prematurely. Maintaining discipline is often easier said than done, especially when the market is moving in your favour. It’s hard to avoid closing a trade out early in order to lock in profits. 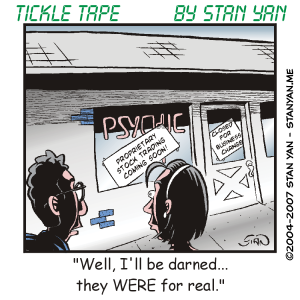 Even winning traders face more losers than winners, and when you hit upon a winner, it’s tempting to take profits as soon as possible. But since winning traders are relatively rare, it’s vital to fight the impulse to sell prematurely and let the winning trade run for a while. In order to win big, it is necessary to delay gratification and patiently wait for the price to rise to your exit point according to your trading plan. Discipline is key, and it is vital to take whatever steps are necessary to maintain discipline.

Your mood can play a major role in determining your ability to stick with your trading plan. When you are in a bad mood, you may have trouble sticking with your trading plan. A study by Knapp and Clark (1991) illustrates how feelings of emotional distress can influence your ability to maintain discipline. Participants engaged in a laboratory simulation in which waiting patiently resulted in greater profits.

Specifically, participants were asked to pretend they were fishing in a lake, and that they would be given a monetary reward for each fish they caught. Taking too many fish out of the lake early in the game produced immediate profits, but when fish are taken out early, fewer fish are left in the lake to reproduce, and thus, few fish can be taken out for a profit in the long run. Thus, waiting patiently to take out fish later is the most profitable strategy. Participants’ moods influenced their ability to wait patiently and fight the urge to take profits too early. People in a sad mood had difficulty waiting. They wanted immediate gratification and believed that immediate profits would make them feel better immediately.

Maintaining discipline is vital for trading success but it is difficult at times. The best ways to keep disciplined are to trade with a detailed trading plan, but this may not be enough. You must also make sure you are in a good mood. A good mood can mean the difference between trading impulsively and maintaining discipline.