In “The Disciplined Trader,” Mark Douglas suggests, “Execute your losing trades immediately upon the perception that they exist. When losses are predefined and executed without hesitation, there is nothing to consider, weigh, or judge and consequently nothing to tempt yourself with. There will be no threat of allowing yourself the possibility of ultimate disaster.” This is sound advice, but studies by behavioural economists suggest that many traders have difficulty following it. When they find themselves in the midst of a losing trade, they persist with a losing course of action, rather than cut their losses. 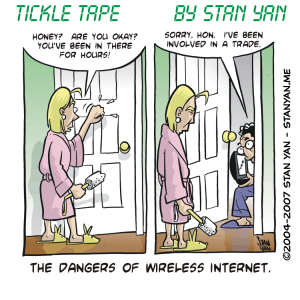 Why do traders falsely hope that a losing trade can turn around? There are many possible reasons. Research studies have shown that investors tend to believe a loss is merely temporary and that if they wait it out, a losing trade will turn around. In the markets trading outcomes are often uncertain, and this uncertainty allows people to hope for the best.

Holding losing trades may also reflect what behavioural economists call the sunk cost effect. Sunk costs refer to the original amount that is paid to acquire stock. Sunk costs increase when the losing position decreases in value. During a losing trade, some traders talk themselves into believing that the “true” value is higher than the market suggests. They convince themselves that the “true” value is closer to their initial cost, or entry point, rather than its current value, and can’t see why they should sell at a loss.

Denial and unrealistic optimism may be another plausible explanation. Humans are naturally risk-averse; they are afraid to gamble with their wins but are very willing to gamble with their losses. While in a losing trade, traders are willing to believe that by taking a chance and holding on to a losing trade, the odds will work in their favour and the loser will turn into a winner. Other traders believe they are special and that their special talents or good fortune will turn a losing trade into a winner.  Many traders, though, are afraid to admit they are wrong. They have a natural human tendency to believe that they made the right choice. After people make a decision, they tend to search for evidence to support their choice.

All of these explanations are viable, but we propose a few other possibilities. At Innerworth, we have conducted our own analysis of the situation. We asked a sample of traders if they tended to hold losing trades and falsely hope that the trade would turn around. About 50% of our sample admitted they suffered from this ailment. What were these traders like? They tended to show less discipline and self-control in their personal and trading life than traders who readily closed losing positions. In addition, they tended to base their trading decisions on their intuitions rather than specific facts, and they tended to experience unpleasant emotions, such as anger, fear, and disappointment more frequently. If you show these personality characteristics, you may be prone to hold on to a losing trade, but you can overcome this tendency if you try.

First, accept the fact that losses are commonplace. You should expect to lose. Don’t take losses personally. Losses do not reflect on you or your personal worth. They are routine in the trading business and should be put in the proper perspective. If you take losses in stride, you’ll feel better. Second, define your potential losses before you execute a trade. Third, practice exiting your losing trades with precision and accuracy. Visualize encountering a losing trade and exiting promptly. There’s no point in falsely believing that a losing trade will turn around. Take losses in stride and move on.