As with any challenging endeavour, the better you perform, the more will succeed, and as a trader, the more profits you’ll realize. How do you increase your performance? How does one change? There’s an important prerequisite: brutal honesty. Basically, there are two kinds of people. Some people are rigid, inflexible, defensive, and hard to change, while others are flexible, open to criticism, and easy to change. Which type describes you? It’s useful to know. It may give you some insight into how you may want to go about improving your trading performance. 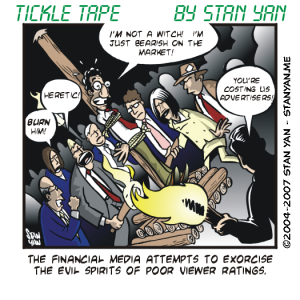 It may not be true of everyone, but there are some people who are overly defensive. This defensiveness often stems from deep-seated feelings of inadequacy and low self-esteem. Such people unconsciously question their abilities and are afraid to let themselves, or anyone else, know it. They feel so inadequate that they try to mask their inadequacies by exaggerating their abilities. It’s like unprofitable traders who feed their trading accounts every year, pretend they are profitable, and take pleasure in bragging about their winning trades, when in fact they have had many more losers than winners. Rather than face their limitations, they tell themselves and others that their performance was superior. They take a defensive stance.

Rather than admit they have a few limitations, they deny them. They try to hide them. There’s a big disadvantage to taking such a defensive approach: A person is rigid and closed off to new experiences. One is always on-edge and continuously afraid of getting caught in a lie. And because they are defensive, they baulk at criticism or feedback of any kind. All their psychological energy is devoted to defending a grandiose view of themselves, and thus, any form of feedback challenges this omnipotent self-view and causes anxiety, anger, and frustration. It’s hard to change when one isn’t open to feedback and views feedback as a challenge to his or her identify.

Does any of this sound familiar? Do you spurn criticism? Are you afraid to take a brutally honest look at your trading performance? Perhaps you are using a form of denial to mask your inadequacies. If you want to change your behaviour, you must be as honest as possible. It may be hard to face your limitations, but unless you do, you will remain rigid, inflexible, and closed to new experiences. You’ll have difficulty identifying limitations in your trading style, and you won’t be willing to take every possible effort to get the feedback you need to trade profitably.

Not everyone is inflexible, defensive, and closed to feedback. Some people seek out feedback. They may have a few limitations, but they want to know exactly where their faults lie so they can make whatever changes they need in order to be successful.

That doesn’t mean they are so confident that they are not fazed by criticism (although some people are), but they are not closed off and defensive. They view criticism as essential information. They can’t wait to discover their weaknesses so they can shore them up. They aren’t afraid to be brutally honest. Because they truly believe they can overcome any obstacle or limitation, there’s no reason for not getting as much feedback as possible.

So where do you fit in? Are you defensive and inflexible? Or are you brutally honest with yourself and open to new experiences? Wherever you fit, it’s vital that you try to be as flexible, open, and honest as possible. Hiding out isn’t going to help you stay profitable in the markets. You’ll get caught eventually, and when you do, it will usually follow a financial disaster. It’s more useful to let your defences down.

Be humble. It’s hard to master the markets, so there’s no shame in admitting that you’ll see a lot of failures before you achieve success. The more you can face your limitations, and view feedback as objectively as possible, the more you’ll be able to increase your performance levels. And increased performance usually leads to consistent profits. So be open to feedback. You’ll be more profitable in the long run.