As a short-term trader, your goal is to stay ahead of the crowd and let their money flow from their pockets into yours. The better you can anticipate the behaviour of the masses, the better you’ll be able to capitalize on their irrational decisions. The masses are notorious for over-reacting to media news. In an innovative study, behavioural economist Dr John Nofsinger studied how media coverage influences the masses. It’s not as straightforward as you might think. 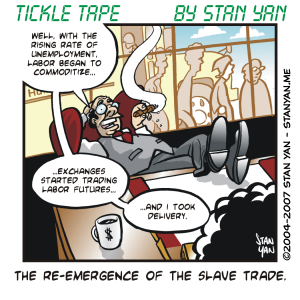 A popular theory in behavioural economics is that buying and selling by the masses is motivated by a powerful tendency to avoid regret and seek out pride. These emotional tendencies often lead to irrational investment decisions. Many investors, for example, hold on to a losing investment because they don’t want to face feelings of failure and regret.

Keeping losses on paper postpones the inevitable. Good news raises stock prices, and when prices rise as a result of good news, most investors can’t wait to sell, take profits, and bask in the glory of success. Dr Nofsinger’s study, however, reveals that things may be a little more complicated. It may depend on the kind of news investors hear, rather than whether it is good or bad. He studied how investors reacted to two kinds of news, news about specific companies and news about the economy in general.

Good news, whether it is about a specific company or about the economy in general, increases stock prices. And one would think that regardless of what kind of news raises a stock price, the impact on the masses would be the same. But Dr Nofsinger found that the kind of news does matter. If the good news is about the specific company, the masses tend to sell, but if the good news is general economic news, they hold on to their positions. The bad news about the economy similarly has little effect on what the masses do according to Dr Nofsinger.

What are the psychological dynamics behind the behaviour of the masses? In their pursuit of pride and avoidance of regret, the masses continually monitor their positions and deliberate as to whether they have made a good or a bad investment. If the news is bad about a company, they tend to blame themselves for choosing the wrong company in which to invest. They tend to believe that they could have cherry-picked a better company had they done their homework.

When they hear good or bad economic news about a company, it bears on their original decision to invest in the company, and they react emotionally. On the other hand, it’s hard to blame yourself for a poor economy. What could you have done? A poor economy impacts all stocks, so the only thing you could have done was to avoid investing in the market altogether. It wouldn’t matter what company an investor decided to put their money in since all companies are affected by a poor economy. In this case, the masses forgive themselves and do nothing.

The influence of emotions on the masses is powerful. By seeking out pride and avoiding regret, they allow their emotions to overpower their logic. As an astute trader, however, it’s vital that you stay objective. Don’t let your feelings of pride or regret influence you. Let the masses over-react. And when they do, capitalize on their irrational behaviour and profit from it.