Ever make a slew of losing trades and just feel like giving up? Perhaps you were just panicking for no good reason. You may have merely fallen for a pessimistic attitude that was enough to put you in a slump. Thoughts are powerful. The reality of the situation may not matter. All that may matter in the end is your perceptions of the situation, right or wrong. How you look at a situation can dictate how you will react. If you react with pessimism and hopelessness, you may have difficulty recovering from a slump. 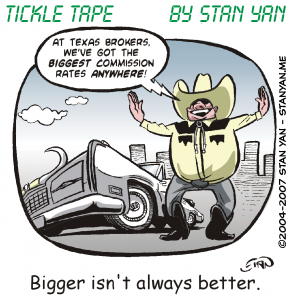 Consider how David reacted to a major setback. When our Innerworth staff asked him if he thought about giving up trading after a major slump he said. “No. I just said, ‘All right, that’s it. I’ve got to go back to the drawing board and really examine what the heck just happened.’

And I did. It turned out to be just another plateau, the next step of learning.” David didn’t give up. He just looked at the setback as a new starting point. He looked closely at his trading methods and examined what he was doing wrong. In this case, he learned to manage risk so that he would no longer mount huge losses. The point is that when you face a slump, you should not let pessimism keep you down. Take setbacks in stride. Don’t flinch.

Something may have gone wrong, but don’t let the setback get you down. Take an active problem-solving approach. Try to instinctively search for a solution. Rather than panic, it is vital to take an active, problem-solving approach. Don’t over-interpret the significance of a setback, no matter how big it seems. Instead, focus on the external factors that may underlie the market action. Don’t take it personally. Don’t blame yourself for making a few losing trades. Rather than stew in self-doubt, take decisive action and move forward.

Your attitude and perceptions powerfully influence how you react to events, such as a series of losing trades. When describing his mental edge, Curtis told Innerworth staff, “I don’t fear a particular outcome. A set of losses to me is not necessarily bad, in isolation.” Curtis also takes a detached perspective when he trades. He isn’t consumed with money. He said, “I don’t think, ‘I can buy this or I can buy that with this amount of money.’ I don’t get emotionally caught up in things. I have the type of personality that makes it easy for me to withstand long-term periods of losses.”

Don’t focus on internal, personal reasons for a setback. When trying to pick yourself up after a setback, stayed focused on your ongoing experience, ignore any feelings of doubt, and continue to search for solutions. When you enter a low point, it isn’t useful to mull over how you’re in a slump. Instead, you must stand up and take action. The more focused you can trade and the more actively you can respond, the more likely you’ll be one of the few who can rise above the masses and become a winning trader.