When your money is on the line, it’s hard to avoid feeling a tinge of fear with every minute you’re in the trade. Some traders crack under the pressure. They panic and lose the ability to read the markets with unfailing accuracy. 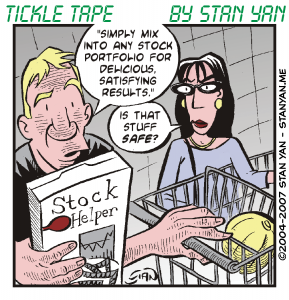 A study by Ingmar Franken and Peter Muris (2005) suggests that your approach to making decisions can strongly impact your ability to read the markets accurately. In the first phase of the study, participants were asked to describe their style of decision-making. Some people described a panicked approach to decision-making.

They indicated that they tended to panic when they had to make a quick decision, felt they were under extreme pressure whenever they had to make a decision, could not think clearly when making a decision in a hurry, and tended to change their mind whenever there was a possibility that something might go wrong. Another group of participants described themselves as remaining calm while making decisions. These individuals not only made astute decisions while under pressure but also tended to feel upbeat and enthusiastic while making decisions. They enjoyed the thought of winning, and felt excited and energized by a win.

Participants’ decision-making style influenced the way they played a game of chance. In the second phase of the study, participants were presented with two profitable and two losing gaming strategies (similar to a trading strategy) that varied on how much and how consistently they produced a win. The two losing strategies produced immediate, huge wins but over the long term, produced large losses. The two profitable strategies produced only modest wins initially but the wins were more consistent and the losses were smaller. Participants were allowed to use any of the four strategies they wished in order to make as much money as possible.

Just like trading the markets, a participant could use a strategy, see how well it did, and then decide to use it again or try a different strategy. Making the most money required a person to accurately perceive how well the strategy worked and choose the strategy that produced the greatest profit. The ability to make this decision accurately was related to decision-making style. People who were easily panicked while making a decision tended to choose less profitable strategies.

These findings suggest that if you are easily stressed while making decisions, you will be less likely to perceive market conditions accurately. You will tend to seek out immediate rewards even if it means you will end up losing overall. You may be at a disadvantage compared to other traders, but all is not lost. You can take preventative steps to work around your shortcomings.

First, admit you are at a disadvantage and that you must make an extra effort to overcome your weakness. Second, limit the amount of risk you take. If you are prone to panic while making trading decisions, your judgment will tend to be clouded. Reducing stress and psychological pressure will help matters. Trade smaller positions to ease the pressure. Use protective stops so that you feel you have an added sense of safety and security. In addition, increase your time frame.

Taking these precautions can help you stay calm, and when you are calmer, your perceptions of the markets will be more accurate. Finally, pay particular attention to your win-loss ratio. If you are easily frazzled, you will tend to seek out setups that provide immediate profits, but overall tend to put you in the red. By carefully monitoring your win-loss ratio, you will be able to see whether you are making more money on your winning trades than losing money on your losing trades. If you are losing too much money on losing trades, you will be aware of the situation, and be able to change your approach so that you make more consistent profits overall.

The calm trader is the winning trader. If you have trouble controlling your emotions while making trading decisions, you will tend to let panic, distress, and anxiety take over and cloud your perception. If you are vulnerable to panicked decision-making, don’t ignore the problem. By limiting risk and doing whatever you can to ease the pressure, you’ll increase your profitability.