Jack and John have just started a small trading business. Jack says, “I can feel it. We’re going to make a fortune. By this time next year, we’ll be rolling in money.” John counters, “I doubt it. That would take a miracle.” Jack says, “You’re such a pessimist. Why are you so bleak?” John argues, “I think we’ll be successful. But I don’t think it’s going to happen overnight. It’s going to take some time and a lot of hard work!” John is a realist. He knows they will make huge profits eventually, but he does not falsely believe that a miracle will happen. Becoming a winning trader will require that you overcome endless setbacks. It’s important to be optimistic, but it is more important to be realistic. If you are overly optimistic, like Jack, you are setting yourself up for failure. You may take unnecessary risks, or be especially disappointed when you encounter the endless setbacks that are commonplace in trading. 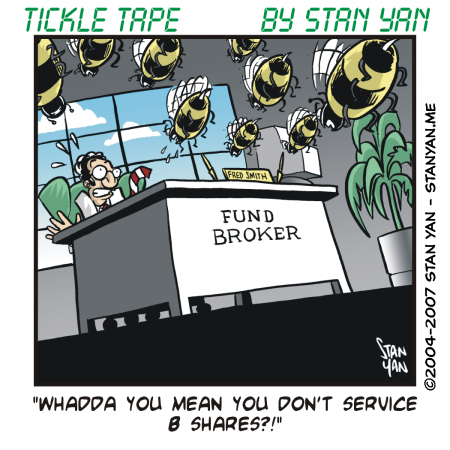 If you want to beat the odds and become a winning trader, then you must doggedly make trade after trade, even when you face endless setbacks. It takes a rare person to be able to pick oneself up after a fall and be ready to face each setback with enthusiasm. Dr. Martin Seligman has studied how an optimistic mindset helps people persist in the face of setbacks. Optimists, for example, do better in school, win more elections, and succeed more at work than pessimists. He’s studied several occupational groups from top-notch winning athletes to traders on the floor of the exchange, and in all these studies, he’s found that optimists do better.

What’s their secret? It is in how they explain setbacks or failures. They don’t blame themselves. They don’t believe that success or failure is a matter of enduring personality traits. Instead, they explain setbacks as the result of minor, controllable, situations that have nothing to do with them personally. They believe that with enough persistence, they can overcome a setback. If you want to succeed as a trader, you must cultivate an optimistic thinking style. You’ll face a lot more losers than winners as a trader, and it will take persistence in the face of defeat to keep going until you hit upon a series of winning trades. Whatever you do, though, don’t blame yourself. Don’t think, “I’m a loser.” Instead, focus on how you can take decisive action to change external events and how you react to them. You’ll go much further.

That said, pessimism has its virtues. Pessimists may feel badly most of the time but research studies have shown that they more accurately judge how much control they have over situational circumstances. Pessimists are more realistic in their judgments, and thus, it may be beneficial to think pessimistically occasionally. Optimism may make you feel good, but pessimism helps you evaluate the feasibility of your plans, goals, or ideas. Traders, especially novices, are notoriously overly confident. According to behavioral economist Terrance Odean, novice traders tend to over-trade and are unrealistically optimistic.

It’s vital for survival to have realistic expectations when it comes to trading. Optimism helps you persist in the face of a setback, but a healthy sense of skepticism will keep you based in reality. It’s useful to question your trading plan before you implement it, for example. Ask yourself, “Have I accounted for every possible adverse event that may go against my plan? Have I managed my risk appropriately? Do I have enough capital to reach my financial objectives? Do I have enough time to devote to learning how to trade profitably?”

Asking such questions and making sure you have the answers will help you survive in the long run. There are real setbacks and obstacles to becoming a profitable trader. Sugarcoating reality will only make you feel better in the short run. In the long run, you’ll see the bleak realities. Rather than set yourself up for disappointment, it’s better to face the obstacles head-on. It may seem overwhelming at first, but making a realistic action plan, with sub-plans to overcome the endless roadblocks, will keep you grounded. You’ll have an optimistic, yet realistic, plan for becoming a winning trader, and in the long run, you’ll be one of the few who make it.