Many traders experience an emotional rollercoaster. They euphorically celebrate their wins, but soon face despair as their losses mount. Emotion control is one of the most complex issues a trader must face, but traders vastly different in how they control their emotions. Some of the differences are due to temperament while other differences are due to trading style. It’s useful to identify your emotional type and gain control of your emotions. By doing so, you’ll be able to cultivate the winning mindset you need to master the markets. 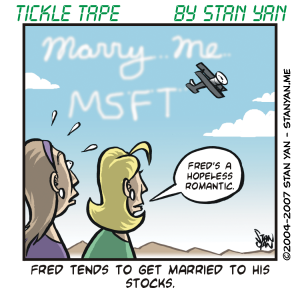 Research psychologists have identified the ability to control one’s emotions as a fundamental personality trait with strong genetic components. Some people are easily excited, moody, anxious, and prone to despair. Others are so thick-skinned that nothing can influence their outlook. Most people know to which of these two types they belong. Are you overly emotional? Do you tend to get disappointed easily? Are your feelings easily hurt? Do you feel under pressure or stressed out compared to others? Do you question your self worth or self-esteem? If you answered, “yes” to any of these questions, then you are probably the type of person who has difficulty controlling his or her emotions. And it’s likely that you’ll have trouble controlling your emotions while trading.

One of the best ways to control emotions is to identify the problem of “personalization.” Many times, emotional persons take many issues too personally. They continually assume that every unpleasant event they encounter is their fault, and they ridicule themselves for not taking appropriate precautions to prevent its occurrence. Now, at some abstract level, it may be their fault, but it doesn’t help their ability to control their emotions to constantly dwell on this issue.

When we take too much responsibility for our actions, we tend to blame and punish ourselves when things go wrong, the same way our parents may have punished us when we were children. When it comes to performing a task, such as entering or exiting a trade, it’s vital to de-personalize or objectifies matters. Rather than consider the “meaning” or “personal significance” of an action or event, it’s more useful to think strategically. One must concentrate on the ongoing process of trading, and think, “What should I do next.” Many times, people are overly emotional because they give an action more significance than is warranted.

For example, a trader may think, “I identify strongly with being a trader, and if I don’t make winning trades, I’ll feel like a failure.” Sometimes it’s useful to cast aside your occupational identity, have a happy-go-lucky attitude, and think, “I’m going to enjoy making these trades; I’ll think about the consequences later.” Some people have so much difficulty controlling their emotions, it may be useful to take extra steps to remind themselves to objectify and focus on the process of trading rather than emotional significance. One can write “Objectify” and “Focus on the process” down on paper and put it near the monitor while they trade.

One can then read the message, and think over and over again, “I’m going to focus on the process and ignore the meaning.” With practice, an overly emotional trader can control his or her tendency to overly personalize each trading action.

In addition to developing personal thinking strategies for controlling emotions, it’s also vital to look at situational influences. Emotional reactions can be minimized through proper risk management, for example. Traders should only trade money they can afford to lose and risk a relatively small amount of trading capital on a given trade. When you know deep down that you don’t have much to lose on a given trade, you can more easily control your emotions.

Don’t continually ride an emotional rollercoaster. Get off the ride and take control. You’ll find you enjoy trading more, and the objective mindset you cultivate will help you remain calm in even the most chaotic market conditions.