If pushed to do so, most trading experts can delineate the characteristics of the ideal trader: intuitive, yet also logical and objective; spontaneous, yet disciplined; genuinely confident and open to criticism. It’s possible that some people are natural-born traders in that they organically possess these characteristics. Do you believe traders are born? Or do you think trading is something that most people can learn if enough time and effort are devoted to learning how to trade skillfully? Regardless of whether natural-born traders do exist, your opinion on this matter can greatly influence how you go about learning how to trade and how resilient you are to trading setbacks. 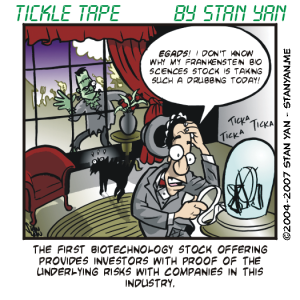 Psychologist Carol Dweck has conducted several seminal studies demonstrating that the assumptions we hold about a specific ability, such as trading skills, powerfully influence how we interpret and react to events. Some people view abilities as fixed entities whereas others view abilities as malleable.  A person who believes that traders are born and not made is showing an entity view of trading ability.

There is a significant consequence for holding such a belief. If one believes that one is a natural-born trader, he or she sets high-performance goals. Doing so is understandable. People who believe they have a natural-born ability to trade try to take advantage of these talents. If you are virtuoso, you might as well use your skills and achieve high levels of performance. This thinking strategy works well if one actually can put on trade after winning trade and realize huge profits (such as in the bull market of the 1990s).

One’s expectations are confirmed, and it would take large losses before one gives up. Many traders in our Innerworth Master Interview series discussed how they were drawn to trading while realizing huge profits during a bull market. They seemed to be able to do no wrong and started to believe they had inherent trading abilities. But unfortunately, market conditions changed and they soon were unable to make consistent profits. When this happens, one’s current losing performance doesn’t match one’s view of oneself as a “natural born trader.” One feels disappointed and somewhat disillusioned, and may think, “I guess I don’t have any special trading talents; I might as well just give up.”

It’s much more useful to view trading ability as malleable, as something that one can learn through repeated practice and effort. In other words, it’s more adaptive to believe that traders are made not born. When one views trading as something that can be learned through practice and effort, setbacks are merely viewed as objective feedback, rather than as an evaluation of one’s inherent ability to trade. People who viewability as malleable rather than fixed are mastery-oriented. They aren’t concerned with meeting high-performance goals; they just focus on the process of developing their skills. No matter how severe the setbacks they encounter, they continue to persist. They believe they can eventually develop a high level of skill as long as they keep trying, focus on the process of learning the skill, and gain as much experience as possible.

Whether there are such people who are natural-born traders is a matter of debate. In the end, however, such issues are best deliberated in chat rooms or barroom discussions. It’s not useful to believe that traders are born. Holding such a belief is likely to do more harm than good. It’s much more adaptive to believe that one can learn to trade if enough effort is devoted to the endeavour. By believing that you can master trading through practice and experience, you’ll persist even when faced with severe setbacks. And eventually, you’ll develop the skills of a consistently profitable trader.