Ask seasoned traders about their biggest winning trades, and they will recount those few times where luck was in their favour and they unexpectedly made a big win. Although no story is the same, many of these trades had something to do with the masses responding to media news. For example, a trader may hear of a shortage of a specific commodity before the masses hear about it. 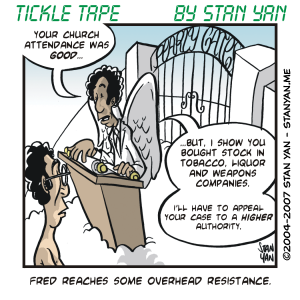 A large profit is made from buying low before the major networks reported the story and selling high as the masses respond to the news. And there are those times where a trader is lucky enough to hold a position of low-cost stock and make a huge profit when a television network financial analyst mistakenly reports the price as higher than it can ever be and forecasts that the price will move even higher.

By capitalizing on such news, traders can make huge profits. As fun and exciting as these stories are to hear, though, it’s essential that you put them in proper perspective. In some ways, such stories are much like listening to how a friend bought a winning lottery ticket, or how a poor college student randomly put $10 in a slot machine in Las Vegas and made $45,000. Yes, it happens. But it isn’t something you should count on. The most prudent way to make money trading is to work at it consistently, and through hard work and persistence, make steady profits.

Many novice traders dream of making “easy money.” Perhaps that’s one of the main reasons many are drawn to trading. Unfortunately, trading profitably isn’t easy. Although many novice traders dream of turning $1,500 into thousands, it almost never happens. One would be better off taking the $1,500 and spending it on trading instruction and practice trades than on trying to build it up into a large pot of capital. Profitable trading requires that you carefully plan your trades in terms of entrance strategies, exit strategies, and risk control.

It is also vital to have sufficient trading capital and to use trading strategies with a proven track record. These tactics aren’t going to make you rich overnight, but they will help you make small steady profits over time. Some trades will be winners; many trades will be losers. But once you develop rock-solid trading skills, you’ll make steady profits. And eventually, you’ll see your profits grow exponentially. But none of this is going to happen if you continue to dream of making the big winning miracle trade.

It may be fun to daydream of how the markets will move in your favour and make you a millionaire from a single trade, but that’s unlikely to happen. In addition, hoping for such a lucky event is bound to distract you from what you actually need to do to become a consistently profitable trader: You need to learn to trade systematically, objectively, and consciously. Only then will you make the profits you desire.