James is considering whether to implement one of two trading strategies. Both strategies offer good odds of success, but James doesn’t want to make a rash decision. He wants to carefully consider both the upside and downside before he commits. James is in a deliberative state of mind; he’s trying to consider all alternatives in a logical, impartial, and comprehensive manner. 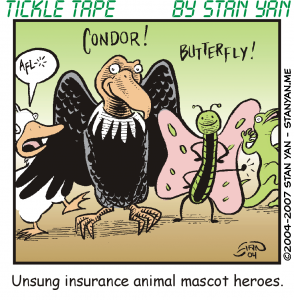 Great thinkers, such as Benjamin Franklin advocated prudent decision-making in which the pros and cons are carefully compared. Similarly, contemporary decision researchers suggest that people can avoid making common decision-making biases through evenhanded consideration of all possible alternatives. Research has shown, for example, that cultivating such a deliberative mindset helps one be receptive to incoming information and decrease the influence of self-serving decision-making biases.

However, a recent study by psychologists Dr David Armor and Dr Shelly Taylor suggest that deliberating between two alternatives may not always be beneficial. In some cases, it may be wise to just quickly choose an alternative and focus all one’s energy on achieving an objective; in other words, just do it.

In a well-controlled experiment, participants were randomly assigned to one of two conditions. In the deliberative condition, participants were asked to decide between two equally effective strategies to obtain a reward, before using one of the strategies to reach an objective. In a second condition, participants were not given a choice, so they would immediately focus all their energy on using a single strategy to achieve the desired goal. There were clear advantages to focusing on a specific strategy, rather than deciding between two options. Participants who did not deliberate showed greater determination, commitment, curiosity, and confidence than those who did. They also viewed the task as less difficult and performed better.

Trading often requires making a quick decision, but no one wants to make an uninformed or impulsive decision. Prudent decision-making is the hallmark of success. Drs. Armour and Taylor suggest, however, that there are some situations where a great deal of deliberation is actually an impediment. Some trading decisions may be such situations. Your psychological energy is limited and spending too much time and energy may exhaust your limited psychological resources and hamper performance. So sometimes it’s useful to stop deliberating and just do it. Just implement the trading strategy and focus on the outcome. You may find that you’ll achieve greater profitability in the end.