The markets are often unpredictable and uncertain. Some people collapse under the pressure, while others thrive on it. What’s the difference between a trader who gallantly fights the stresses and strains of the markets and one who runs away in defeat? The specific approach you take to managing stress may be part of it. Traders who can weather the storm tend to make enormous profits, while those who succumb to the pressure end up losing. The market can be a mass of seemingly random movement, and vulnerable traders see chaos and uncertainty. 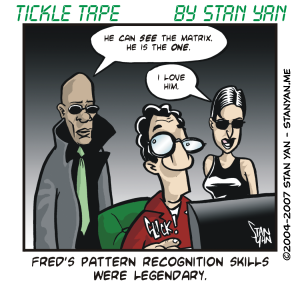 They panic and act impulsively. They ride a rollercoaster ride of emotions ranging from extreme disappointment after a loss to uncontrolled euphoria after a win. Winning traders, in contrast, see the order in what others see as chaos. They believe that the odds are in their favour and that if they make enough trades under ideal market conditions, they will come out ahead.

In “The Psychology of Trading,” Dr Brett Steenbarger describes a study he conducted with a group of 64 active traders. He discovered that the way traders coped with stress predicted profitability. He measured personality traits and the ways these traders coped with stress. Some traders were problem-focused copers in that they managed stress by developing specific plans for coping with stress. For example, they tried to find information to help them develop a specific plan to alleviate stress.

They focused on their ongoing experience and methodically took a step-by-step approach to overcome stress. Less successful traders spent all their energy experiencing and trying to control unpleasant emotions. They denied that stressors were a problem instead of devoting their effort to finding solutions. Also, they believed that the world should conform to their expectations rather than accept stressful events at face value. Their shortsighted focus on coping with unpleasant emotions distracted them from trading the markets skillfully. Dr Steenbarger’s findings suggest that they tended to abandon their trading plans and traded less profitably than traders who were problem solvers.

It’s tempting to succumb to the stresses and strains of the markets, but if you do, you will experience unpleasant emotions that will interfere with your ability to tackle the markets with a calm and focused mindset. Whether you are a novice or seasoned trader, however, you can learn to handle the uncertainty of the markets, and the stress it may produce. The first step is to acknowledge that stressful events can interfere with your ability to perform. You’ll waste more time and effort trying to avoid the potentially debilitating effects of a stressful event than if you just admit you may have a problem and try to work around it.

Second, it is vital to take an active, problem-solving approach. Stay optimistic, yet realistic. If you put in the effort, you can overcome anything. Don’t let the stresses and strains of the markets paralyze you. Think creatively and actively problem-solve. You’ll feel better, trade better, and take home more profits.