Stan’s been in a long losing streak for the past three months. He has a severe drawdown. He’s worried and a little scared. He’s been trading for two years, and during the first six months of trading, he experienced his first major drawdown. That upset him, but he recovered to trade profitably until his latest drawdown. He tells his trading mentor, “I thought I had it beat. I thought I had mastered the markets and become a profitable trader, but I was wrong. I’m not as great of a trader as I had thought. I’m really disappointed with my performance.” Stan’s experience is familiar to many novice traders.

He had some initial early success, but then a major drawdown. He now feels disappointment. But should he feel so poorly? Seasoned traders stay detached, and that’s something a novice trader like Stan should consider. Expert traders know that it doesn’t help to take trading losses so personally. To some extent, it’s not personal; it may just be the nature of the markets. 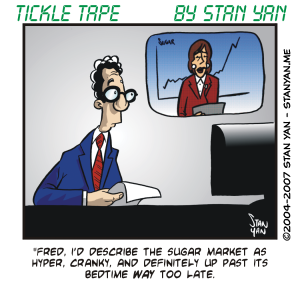 Upon reading a scenario like Stan’s, most novice traders can identify with his thoughts and feelings. “Of course he’s upset,” they say, “He’s lost a lot of money, and he’s disappointed.” Certainty, it’s natural for a person to feel upset and disappointed upon experiencing a severe drawdown. Financially, a great deal of money has been lost, and even if Stan were to return to consistent profitability, it will take some time to build his trading capital back up. Psychologically, Stan received a big hit to his ego. He had thought he had “mastered” the markets, only to learn that his skill may not have matched his expectations.

Perhaps Stan should feel disappointment. Oftentimes, disappointment spurs one to take action. If one doesn’t have the skills to perform, one better builds up those skills in order to trade consistently and pile on the profits over time. That said, there’s also a case to be made for staying more detached and objective. Disappointment is a natural emotion, but not very adaptive for trading. Trading requires that one do the unnatural, and control one’s emotions.

How does one control emotions? Consider this. What is consistent trading about? A large part of it is using a trading strategy that is capable of producing a profit. Sometimes it takes ingenuity to find such a strategy; sometimes it is a serendipitous event. And sometimes it’s a matter of learning of a profitable approach from others. But in the end, it’s just a matter of odds.

It’s just like rolling a die or flipping a coin (in some ways). One expects to make a profit over a large number of trades, but in the short term, even a winning strategy is bound to have a string of losers. That’s just the nature of probability theory. A small number of flips is less than an infinite number, so it’s quite likely to get a string of a 50 heads out of 50 tosses. So why make it so personal? Why put your ego on the line with each trade? Why gloat when you are lucky enough to have the odds work in your favour and sulk when the odds go against you?

When it comes to trading, you’ve got to unlearn what you’ve learned your whole life. It isn’t all about you; it may just be the odds working against you. In other fields, probability plays little if any role. You put in the effort, make sure you meet the expectations of the folks who pay you, and you’re a success. In the traditional work environment, it makes sense to put a little ego and pride in your work. Your effort and talent often have a direct payoff.

But with trading, the odds can still go against you, no matter how much work you put in. You need to consider that “success” can sometimes (but not completely) be a matter of odds. That’s hard to accept for most people because it means that when you are a winning trader, to some extent, it may be a matter of the odds randomly working in your favour. That takes some of the glory out of it, doesn’t it? But on the other hand, it helps you cope with a severe drawdown.

If you are a skilled trader who really has “mastered” the markets, you can feel assured that, if you are trading at peak performance, the odds will soon move back in your favour, and you will again see consistent profits. Taking a detached, unemotional approach may mean giving up feelings of supremacy, but on the other hand, it will help you stay unemotional, take precautions, such as careful risk management, and stay focused on the process of reading the markets, implementing winning trading strategies, and trading consistently.