It has often been said that the investing behaviour of the masses is driven by fear and greed. Emotions are powerful, and when people are a slave to their emotions, their actions are often irrational and impulsive. Other emotions, such as anger, frustration, disappointment and euphoria also have an impact on trading behaviour. Winning traders have an awareness of how emotions impact their trading decisions, however. It’s useful to consider the different ways that emotions can influence you. 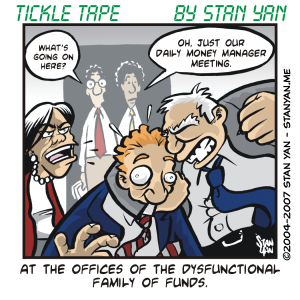 Negative emotions, such as frustration, guilt, anger, and disappointment are often used to cope with stress. Trading is stressful, and these emotions often reflect poor coping methods. Rather than taking an active, problem-focused approach to dealing with the markets, many traders are often stunned and uneasy. They passively respond to the stress rather than take decisive action to cope with it. This leads to unpleasant emotions and often a vicious circle where unpleasant emotions are experienced, coping is even more passive, and then, even more, unpleasant emotions are experienced. An ever-worsening spiral is set in motion. These processes sap up limited psychological resources. It’s difficult to concentrate on trading, and it often produces trading errors.

On the other hand, euphoric, pleasant emotions can produce overconfidence. Emotions can often bias our estimates of success. When we are disappointed, we may view our odds of success as low, but when we are overly euphoric, we may feel that there is no way we can fail. One may feel a sense of omnipotence as if he or she can do no wrong. While in this state, many traders may abandon risk limits and trade by the seat of their pants. This can lead to trading errors and impulsive decisions. It’s wise to try to remain as calm and humble as possible.

Anger can also bias our perceptions. When we are angry, we tend to be willing to take risks. When people are angry, they are less risk-averse. Angry people tend to believe that they have more control of situations than they actually do. In this emotional state, they see no problem with taking a risk, even an unnecessary one. Angry traders may tend to be less cautious and be willing to take unnecessary chances. Be aware that when you are angry, you may tend to be a little too sure about your ability to predict events and this will make you want to take unnecessary risks. It’s better to stay as calm and relaxed as possible.

Emotions can be a powerful influence if left unchecked. Don’t be overly influenced by your emotions. Be aware of them. Gain control of them. The more you can trade with a calm, rational mindset, the more profits you’ll realize.