Jim has had five losing trades in a row for a total loss of 25% of his account balance. He could feel defeated, pout, or get angry, but instead, he’s excited about his future prospects. That’s because he has decided to turn his loss into again. 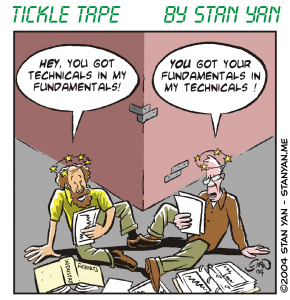 Professional athletes and seasoned traders know how to turn losses into gains. Rather than mull over past defeats, or trading losses, they use the setback as a motivator, an opportunity to hone their skills, grow, and improve. They examine what they did wrong, learn from their mistakes, and view the temporary setback as a launchpad from which to achieve higher future performance. Many successful athletes note that Babe Ruth struck out over 1000 times on his way to setting the home run record.

Seasoned traders similarly note that winning traders, with proper risk management, can win as few as four trades out of a dozen and still come out ahead. In both cases, these winners could have been bogged down with self-doubt, regret, and defeat. But instead, they decided to use the “loss” as a motivator for change and improvement. They examined their past “losing” performance in scrupulous detail, discovered the factors that led to poor performance, corrected these factors, performed the task again, and honed their skills further until they eventually achieved lasting success.

As traders, it’s crucial that you keep accurate records of all factors that may impact the outcome of your trades so that you can learn from your losses, improve your performance, and do better next time. From a psychological viewpoint, document factors associated with the loss, such as whether you were in a bad mood or acting on impulse rather than with a calm and relaxed trading style. Other factors, such as market conditions, trading strategy, preparation for the trade (such as backtesting), or risk management strategy should also be noted.

Armed with this knowledge, one can study a series of losing trades and identify the factors that led to the trades “going wrong.” One can then change these factors in subsequent trades and monitor improvement. The key is to take an upbeat psychological approach. Rather than mulling over one’s failure, it’s more useful to view past failure as an opportunity to grow and improve. Viewing a loss as a growing experience changes your perspective immediately. You will now focus on what you can do to achieve the bigger goal of becoming a seasoned trader, rather than mulling over the loss from a few of the many trades you will make throughout your career.

So try changing your viewpoint when it comes to losses. You will see your mood and mindset change dramatically. It may not be pleasant to face failure and accept your limitations, but looking at these failures in a broader perspective can change your mood from hopeless depression to excitement and optimism. It’s merely a matter of thinking of trading losses in terms of the broader perspective. You’re human, and not perfect. You should expect to fail on a single trade more than succeed.

But the key is to keep the bigger picture at the forefront: You’ll be a successful trader in the long run if you just keep honing your skills. In other words, you may strike out many times, but it is the sheer number of wins that actually matters. The more times at-bat, the more you will strikeout, but overall, if you can learn from your past failures, your performance record will be impressive. By monitoring the factors associated with poor performance, and changing these factors in future trades, you can turn a loss into a gain, and be on your way to becoming a winning trader.