Don’t follow the crowd! You’ve been warned over and over. It seems easy, but it’s harder than it looks. We are all familiar with the rebel, the person who breaks all the rules and is sceptical of the status quo. At the other extreme, the ultra-conformist seems to follow the rules too blindly. Neither extreme is optimal for trading. It’s necessary to find the right balance between these two extremes. It takes a great deal of trading experience, self-searching, and a firm, concerted effort to act independently, but it is essential to develop this skill. 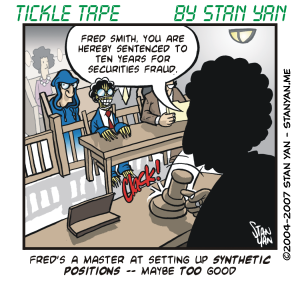 All humans have a natural tendency to follow the crowd. There are safety and comfort in numbers. As the human race developed, it learned that its survival depended on banding together and working as a group. All humans inherited this legacy, and it is shown in the security we feel when we follow the crowd. It’s adaptive most of the time. Although there may be vast individual differences on the extent to which people follow the crowd, with some conforming too much and others conforming too little, most successful members of society have seen the virtues in following the crowd.

They have learned to look for rules to follow and to decide which standards to strive for. In school, for example, it was to our advantage to follow the rules. Blind obedience to authority may not be beneficial but compromise is. To be successful, it was vital to protect one’s self-interests yet also stay within the bounds of acceptable behaviour. It was also important to develop a clear and solid sense of personal values and to develop a clearly defined personal identity. Such a clearly defined view of oneself allows one to be self-sufficient. One can follow the crowd when appropriate, but effortlessly go his or her own way when it’s necessary to protect self-interests.

Although you’ve been frequently warned about the pitfalls of following the crowd, it’s important to acknowledge that it is adaptive most of the time. We strive to minimize unnecessary risk in our everyday lives, for example. We prefer to raise our children in safe neighbourhoods, and many prefer to live in homes that are unlikely to be destroyed in a natural disaster. And in the markets, it is sometimes useful to “follow the crowd” as well. For example, for long term investing, it is wise to put your money in stocks that don’t have a great deal of volatility and by all indications, have solid fundamentals that will push the stock up consistently for several years. If a large enough “crowd” believes strongly that the company will produce profits for decades, it would be to your advantage to follow them, if you want a safe investment.

So following the crowd isn’t bad all the time, especially for those who don’t like risk. On the other hand, if you are a trader, you aren’t looking for safe investments. You are looking for volatility, necessary risk, and a good chance of making a big profit. Most of the time that means going your own way. It requires that one think like a contrarian, guessing what the crowd will do next, and anticipating how the movement of the masses can benefit you as a trader. The key is to know when to follow the crowd and when to go against it. The crowd is usually right until a turning point occurs. When virtually everyone has taken the position that the market is headed in a particular direction, there are few traders left to push the trend further.

At that point, a countertrend initiates and moves the market in the opposite direction. The challenge is predicting when that turning point will occur, anticipating it, and developing a trading plan to capitalize on it. Now, this all sounds easy in theory, but in practice, it is difficult to implement a trading strategy to capitalize on this cycle. How can one predict the turning point? Some say it is almost impossible. All you can do is develop a sound method that works most of the time but also admit that it may fail. Whether you use technical indicators or you are lucky enough to use the media news to your advantage, you must temporarily believe in your method, put money on the line, and work under the assumption that overall, luck will be in your favour should you make enough trades. (And by all means, control your risk; otherwise, you will be the victim of relatively risky trades, rather than the victor.)

Going against the crowd takes a special kind of person, a person who isn’t afraid of risk but doesn’t seek it out, a person who looks inward only, and doesn’t need reassurance from others. One must creatively study the markets and try to devise an innovative trading plan. It takes a great deal of experience and thought, but by using the proper perspective, gaining extensive experience, and honing your trading skills, you can break away from the masses, and trade consistently and profitably.