Winning traders are driven by a strong motivation to achieve. Trading coaches and seasoned traders have observed that the most profitable traders are those who decided early in life to chase success. They’re the kind of people who persist until they reach an objective. They are not easily discouraged. They push themselves to the limits and build up their skills until they achieve high levels of mastery. And in the process, they develop rock-solid confidence. They do all of this as rapidly and as independently as possible. If your goal is to be a consistently profitable trader, it’s in your best interest to approach it with zeal. 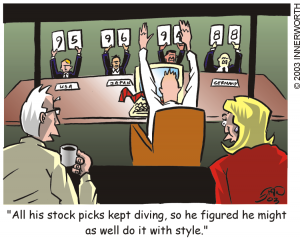 Psychologists have studied ambitious people for decades. They possess several common traits: They work tirelessly to achieve their goals. They are open to new experiences, and they are constantly thinking of innovative ways of reaching new heights. But perhaps the most interesting aspect of their personality is the way they go about achieving a goal. They are extremely organized and focused. When it comes to completing tasks, for example, they tend to pass quickly over easy tasks to complete more difficult ones. They set priorities and devote the bulk of their efforts to the tasks that really matter while ignoring tasks that may have relatively little impact.

When it comes to feedback about their performance, they prefer feedback that is as specific and concrete. They would rather have honest, accurate feedback that addresses their shortcomings in scrupulous detail than sugarcoated fluff. They aren’t afraid to face their shortcomings head-on. They work independently. They are not concerned with the performance of others. Although they are extremely competitive, they don’t compare themselves to others. The only reference point that matters is their own.

It’s useful to use the ambitious trader as a model for success. Work tirelessly to achieve your goals. But be organized and spend your time wisely. For example, don’t waste your time debilitating about which one of many equally profitable opportunities to take. Pick one and devote the rest of your time and energy to outlining a detailed trading plan. Map out strategies for entering, exiting, and controlling your risk. Once your plan is outlined, execute if effortlessly. Don’t be afraid to face your limitations. Workaround them, and approach them with a realistic sense of optimism: If you work hard enough and put your effort in the right places, you’ll be a profitable trader. Through repeated practice, you’ll eventually build the skills you need to master the markets.