Our outlook and expectations dictate how we approach trading. For example, if we are extremely fearful, we will be reluctant to take risks, and at an extreme, we may even be afraid to even put on a trade. Our expectations, whether conscious or unconscious, have a powerful influence on our trading performance.

Traders face many common fears, and underlying each fear are core beliefs and assumptions that should be identified and refuted. For example, in his book, “Trading in the Zone,” Mark Douglas identifies trading fears that are responsible for many trading errors: being wrong, losing money, missing out, and leaving money on the table. Many of these fears reflect a fear of failure.

The best way to neutralize fear of failure is to identify the core assumptions that underlie this fear and refute them. Albert Ellis, a prominent psychologist, claims that behind the experience of all emotions, such as fear, is a set of core assumptions and beliefs. Many times these core assumptions are “maladaptive” in that they restrict our actions. Rather than face problems head-on, we avoid dealing with them, trying to deny their existence. Oftentimes, however, it is useful to merely identify our false underlying assumptions and change them. 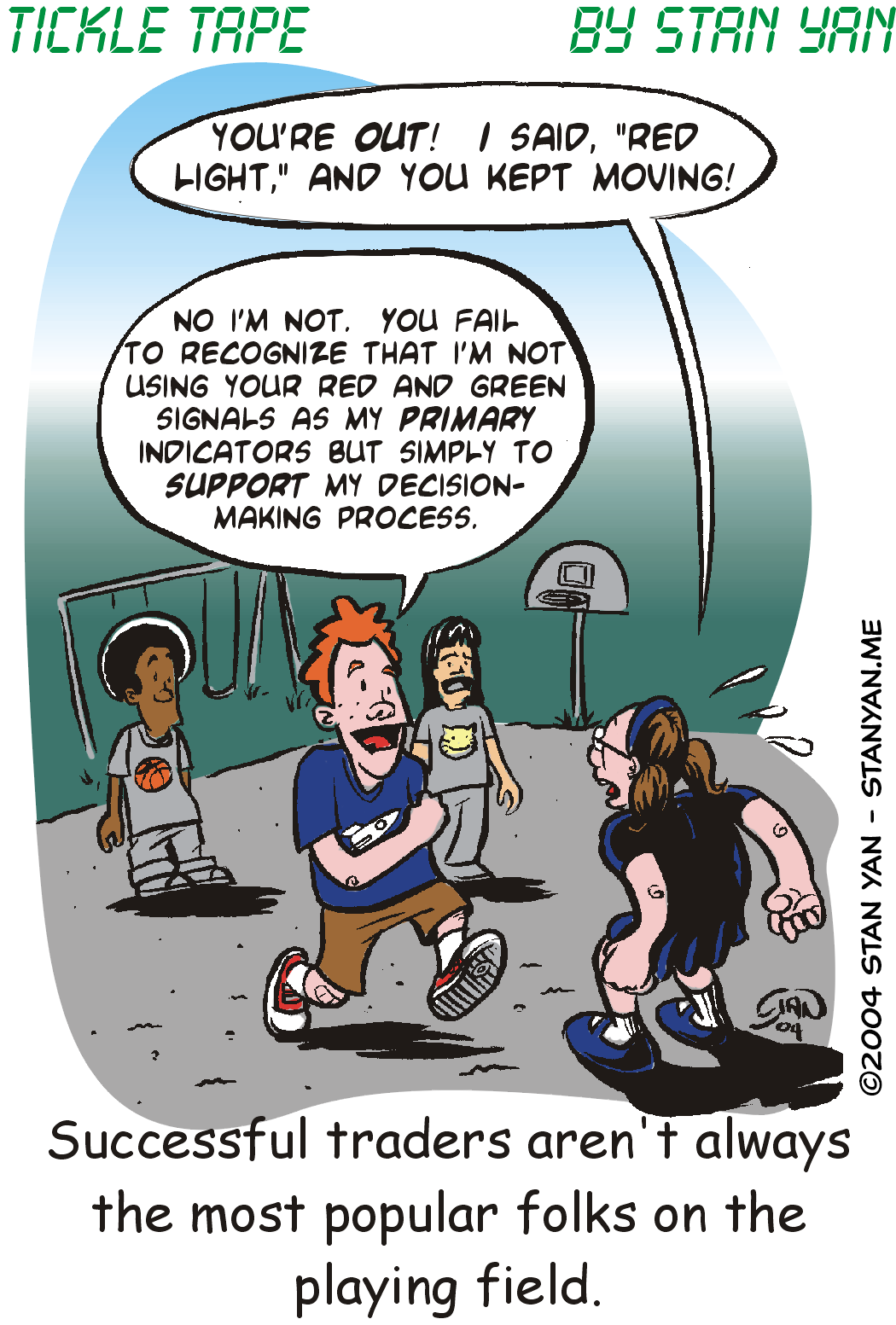 The core assumption underlying the fear of failure, for example, is the belief that one must be thoroughly competent, adequate, and achieving. Ellis claims that holding such a belief produces fear and anxiety, which for traders often produces hesitation and self-doubt. The development of this belief is understandable. As we grow up, whether it is at home, school or work, we often face adverse consequences for not being scrupulously proficient, and we begin to believe that we must be thoroughly competent, adequate, and achieving in everything that we do. We pay a price for this belief, however.

If we believe that we must always be competent, we will expend all our precious psychological energy mulling over the negative consequences of failing, rather than focusing on what we are doing in the here-and-now to implement our current trading plan. Traders who believe they must be thoroughly competent spend all their time worrying about what they did wrong, what may go wrong, and how they will recover should they fail. These thoughts are distracting and obscure the flow of immediate experience, and the ability to read current market activity with unfailing accuracy.

Don’t let a fear of failure interfere with your trading success. You don’t have to be perfect. As any seasoned trader will tell you, one is bound to make mistakes occasionally, and if you are consumed with avoiding them, you’ll be so anxious and fearful that you will make even more mistakes. To refute the core belief that underlies the fear of failure: Remind yourself that it is not useful to believe that you must be thoroughly competent, adequate, and achieving. No trader can live up to that standard, and ironically, trying to will actually lead to incompetence and failure.