3.1 – Getting you familiar with Jargons

Like I had mentioned in the previous chapter, there are two techniques based on which you can pair trade. The first technique that we will discuss starting now, is usually referred to as the correlation based technique. I consider this as a fairly standard approach as many traders get their pair trading handholding of sorts using this approach. 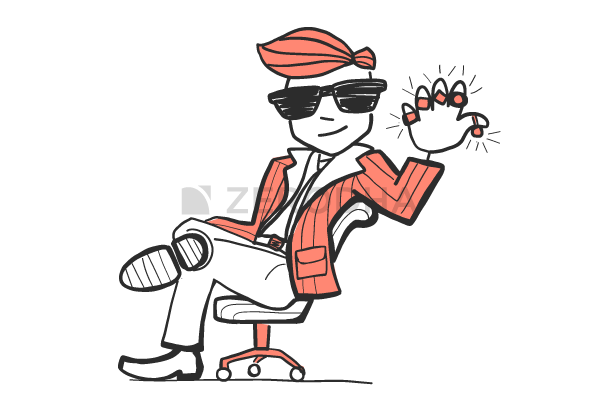 We need to learn few jargons before we get started on the actual technique, so let’s get to that straight. The jargons we will talk about in this chapter are related to tracking pairs. At this stage, I just want you to know what is what. We will connect the dots as we proceed.

The spread is calculated as –

Take a look at this –

If I assume GICRE as a stock 1 and ICICIGI as stock 2, then the spread is calculated as –

Please note, both 6.1 and 3.85 represents a change in stock price with respect to the previous close. Also, both the numbers are positive here. Now, for a moment assume, the closing price of ICICIGI was negative 3.85, in this case, the spread would turn out to be – 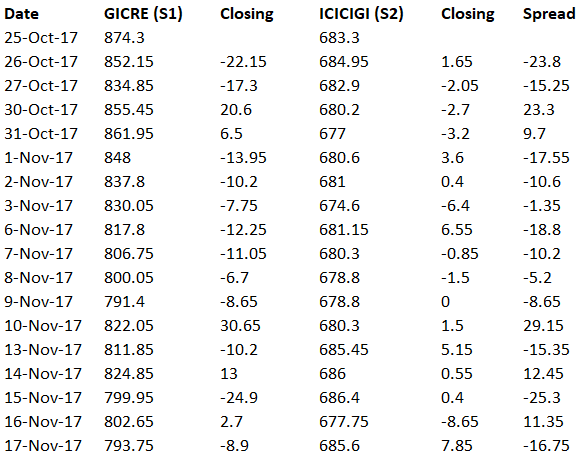 As you can see, the spread varies on a daily basis. Also, here is an interesting (general) observation –

Of course, there are other possible combinations which lead to the expansion of contraction of the spreads. More on this later.

As you may have guessed, you can run this as a time series and calculate this on a daily basis, I’ve done this for GICRE and ICICIGI – 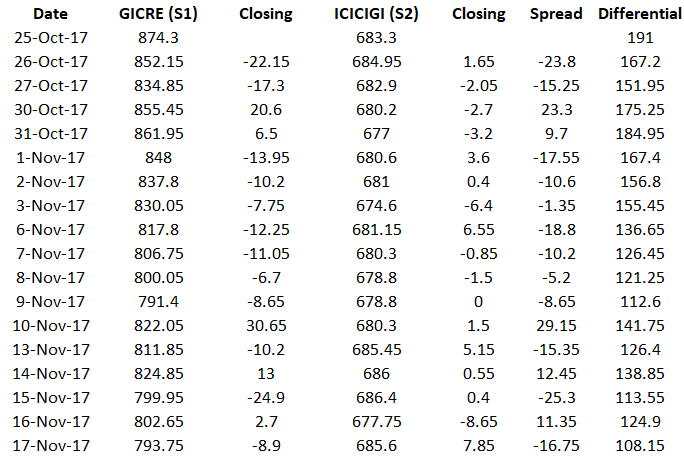 Of course, more on these things later. For now, let’s just focus on busting some jargons.

Ratio – I find the ratio bit quite interesting. The ratio is essentially dividing the stock price of stock 1 over the price of stock 2. Or it can be the other way round as well.

I’ve calculated the ratio of the same two stocks, here is how it looks – 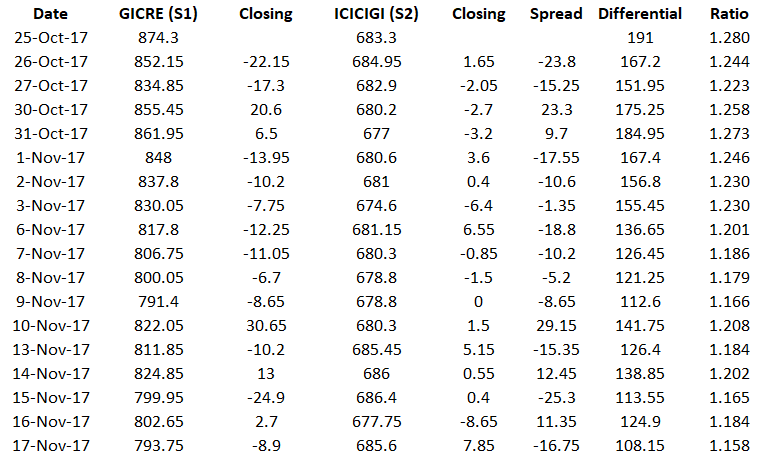 The Ratio as you can see is a bit more consistent (or at least appears) when calculated as a time series. I’ve represented all the three variables on graph – 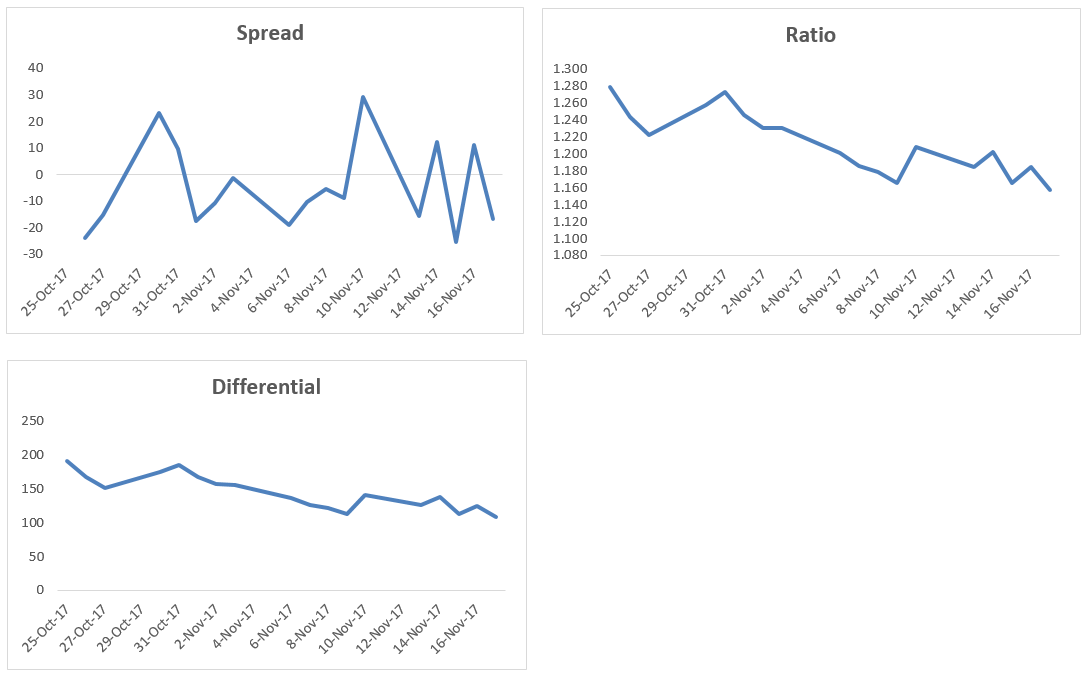 So what are these things that we just looked at – spread, differential, and ratios and how are they related to pair trading?

Hence, for this reason, we need to look at the chart of the variable we are following, the variable could be spread, differential, or the ratio. We need to track the movement of the variable and figure out if the spread is expanding or contracting. This leads us to the next two jargons.

Divergence – If the ratio or the spread between the two stocks is expected to move apart or alternatively, you expect the graph to move up, then this translates to something called a divergence. When you expect your variable to diverge, you can make money (or at least attempt to make) by setting up a divergence trade.

Convergence – If the ratio or the spread between the two stocks is expected to move closer or alternatively, you expect the graph to move down, then this translates to something called as a convergence. When you expect your variable to converge, you can make money (or at least attempt to make) by setting up a convergence trade.

To qualify two stocks as a pair we need to rely upon the good old statistical measure, called the ‘Correlation’. I guess, we have discussed correlation multiple times on varsity. Here is a quick explanation –

While we are at it, one more point on correlation. This bit is only for those interested in the math part of correlation. The correlation data makes sense only if the data series is ‘stationary around the mean’. What does this mean? – Well, it simply means that the data set should be sticking close the average values.

Keep this line ‘stationary around the mean’ in the back of your mind, don’t forget it. This will come back to again, when we discuss the 2nd technique to pair trade, much later in this module.

We will proceed with correlation as a measure to understand how tightly two stocks are coupled. In the next chapter, we will figure out how to calculate two different varieties of correlations.

Download the Excel sheet used in this chapter here.