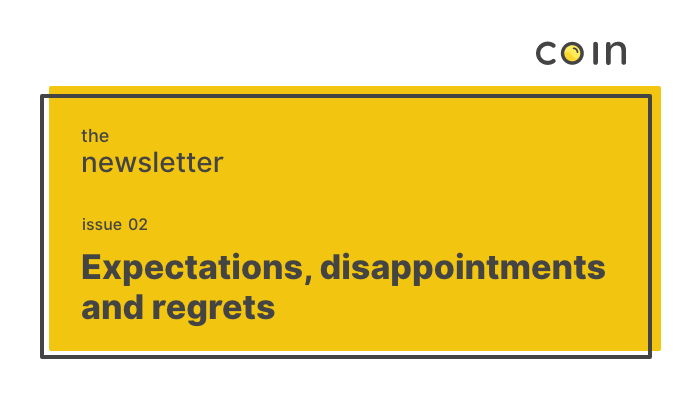 There’s nothing new that you can say about investing. The basics – save more, spend less, diversify, keep costs low, and don’t tinker with your portfolio have remained the same for ages. It’s just that we have to find new ways to keep saying the same old things.

And since most of you are probably first-time investors, this is another post on the basics that you already know but ignore😜 This is the second issue of the newsletter, here’s the first one in case you missed it.

For supposedly being the smartest creatures in the known universe, we do some really silly things when investing. Things that would shock us if we reflect on them, which we conveniently choose not to😂

One of the big reasons investors stop their investments early is that they tend to have wrong expectations. Why? It’s an interesting question.

Dan Ariely, George Loewenstein and Drazen Prelec had conducted an interesting study with students at MIT Sloan School. They showed the students five items – a mouse, a keyboard, two bottles of wine, a design book and Belgian chocolates. They asked the students to write the last two digits of their social security number and the maximum amount they’d be willing to pay for the items on a piece of paper. Now, if you think logically, a student’s social security number should not affect how much they’d be willing to pay for something.

But we humans aren’t always logical. The results of the study were quite surprising. Students with lower last two digits in their social security numbers bid lower for all the items, and those with higher last two digits bid higher. Here are the results: 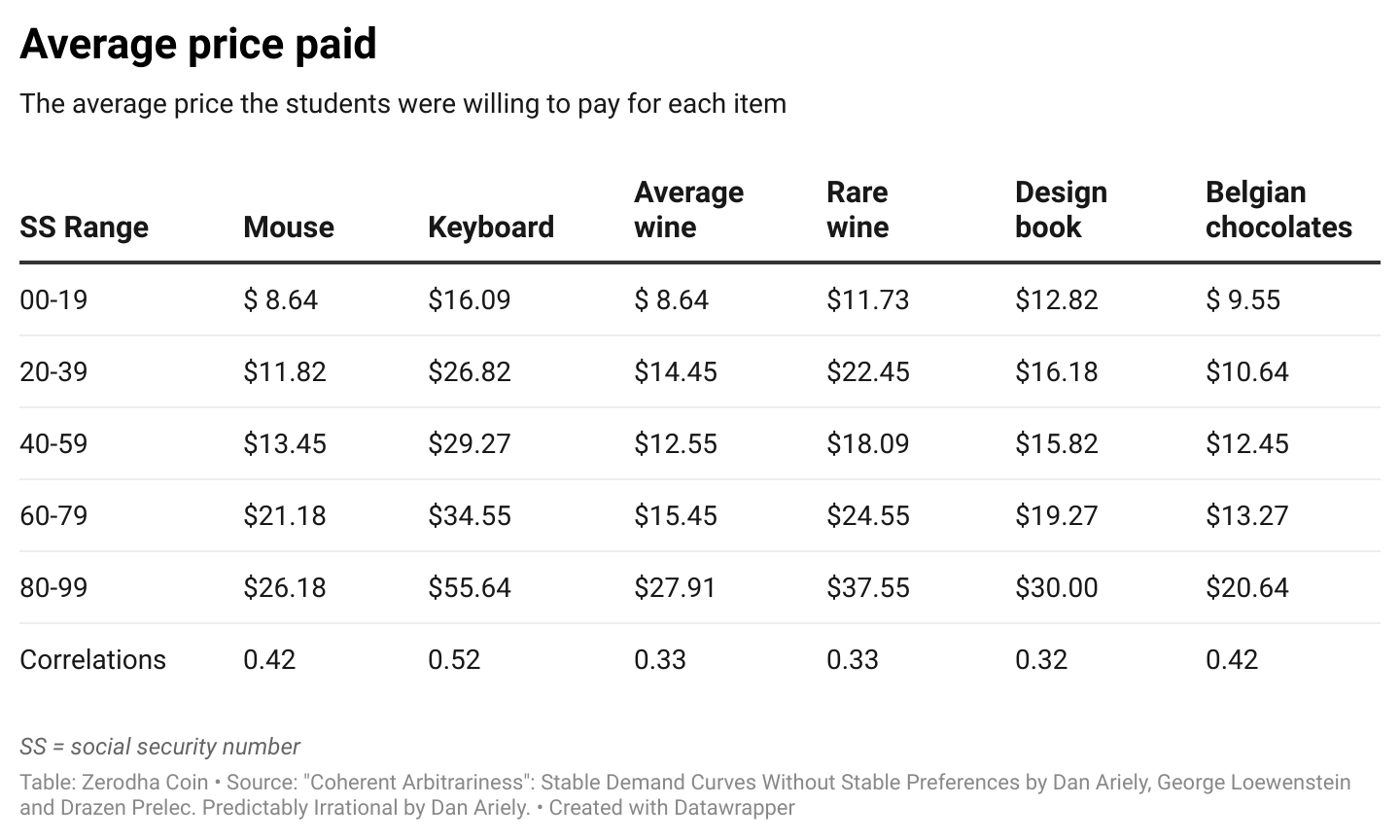 The willingness of the students to pay was influenced by the last 2 digits of their social security numbers.

When the researchers asked the students if writing the social security digits influenced their bids, they were quick to say, “no way!”.

Before you laugh this off as a funny study, here’s another experiment described in the book Thinking, Fast and Slow By Daniel Kahneman, one of the founding fathers of behavioural economics.

The power of random anchors has been demonstrated in some unsettling ways. German judges with an average of more than fifteen years of experience on the bench first read a description of a woman who had been caught shoplifting, then rolled a pair of dice that were loaded so every roll resulted in either a 3 or a 9. As soon as the dice came to a stop, the judges were asked whether they would sentence the woman to a term in prison greater or lesser, in months, than the number showing on the dice. Finally, the judges were instructed to specify the exact prison sentence they would give to the shoplifter. On average, those who had rolled a 9 said they would sentence her to 8 months; those who rolled a 3 said they would sentence her to 5 months; the anchoring effect was 50%.

This behaviour is called anchoring. It’s our tendency to rely on irrelevant numbers, first impressions and experiences when making decisions. Remember that expression “you only get one chance to make a first impression”; this is the reason behind it. There’s rich academic literature spanning decades that has shown the anchoring in various settings.

You probably would’ve experienced this anchoring effect yourself. If you had bought a stock at Rs 100 and it falls to Rs 30, you’d probably think of selling if the stock goes back to Rs 100, which is now your anchor. Most investors thought that Nifty would go to zero in March 2020. Today, they think Nifty is going to the moon because of the initial anchor. This happens because we don’t adjust our anchors enough.

Ok, what does this have to do with investing?

Take a look at the 1-year category returns for equity funds: 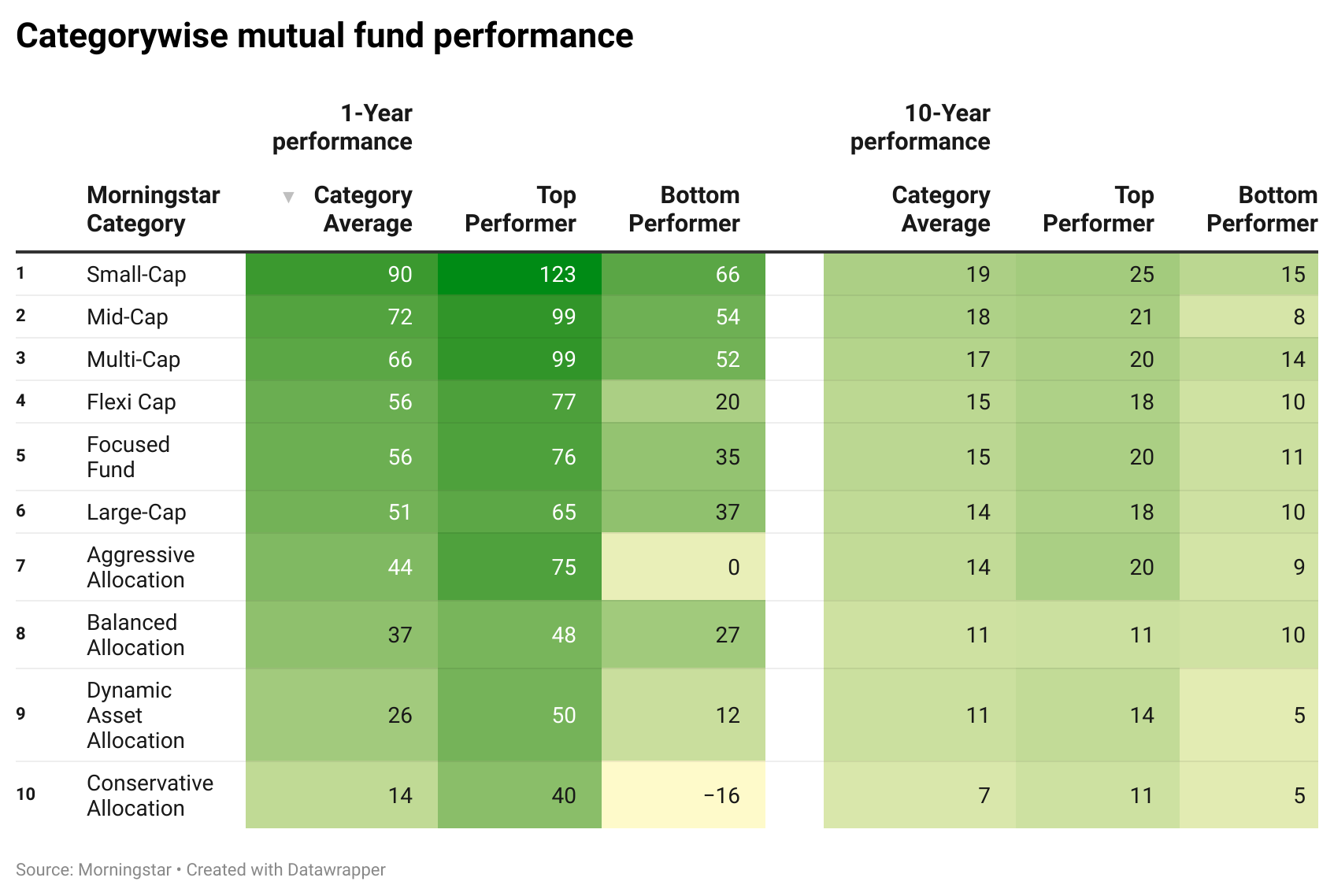 The returns across categories are phenomenal. They are even more surprising considering that the markets recovered from one of the deepest corrections in history. The broad large, mid and smallcap indices were down between 35% to 40% in March 2020. On a side note, if you look at the difference between the top and bottom performers, you’ll also realize the importance and the difficulty of fund selection.

When things are this good, investors tend to become complacent. Most first time investors nowadays think that “stocks only go up”😐 Given that we all anchor and we’re prone to a lot of common biases like: 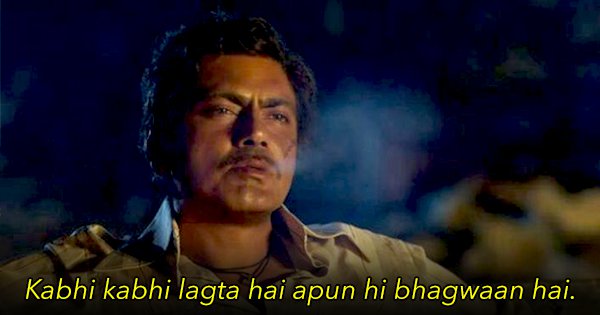 Given all this, you now have a dangerous cocktail of behavioural quirks.

Just because we’re listing out biases doesn’t mean we’re flawed. Most conversations about investor behaviour quickly come to the conclusion that investors are stupid. It’s quite the opposite. As behavioural researcher Meir Statman says, “we’re all normal”.

Our biases aren’t a bug but rather a feature. All our biases have evolutionary origins. For example, as irrational as loss aversion might sound, that’s what helped our ancestors find their next meal, not get killed and ensure their line of descendants continued. The short term mattered, but the world has changed. The biases that helped us survive long ago aren’t suited for investing today, which is all about the long term.

So, how do you deal with these behavioural biases? A few things you can do:

Having said that, writing is easier than doing it, but it’s not impossible. But here’s hoping🤞

In August, smallcap investors had a mini freakout as the smallcap index fell about 9% before ending the month down by about 3%. The funny thing was that #Smallcap was also trending on Twitter for a while. Well, it’s funny only if you didn’t lose money😬 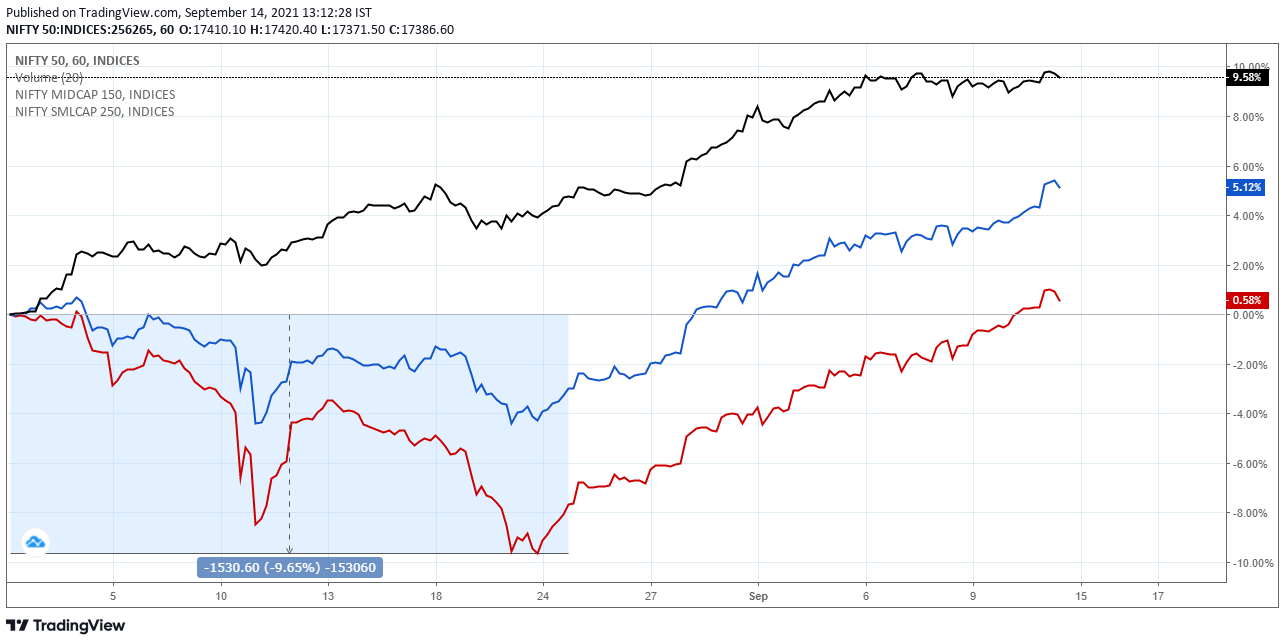 Things were a little scarier at an individual stock level. But still surprising given that since the market bottomed out in March, the Nifty smallcap 250 index is up 200%. The fall in August was barely 10%. This is a classic example of loss aversion like we just discussed above.

This shows a lot of smallcap investors might have misplaced expectations and that a lot of money has come into these funds post the run-up in the index, which isn’t surprising. Again, this is the anchoring effect at play. The price, NAV or index level at which investors started investing becomes an anchor and if the price falls below that, they freak out.

Everyone says smallcaps are risky, but that means nothing. So, how risky can smallcaps be?

One quick way to understand just how risky smallcaps are is by looking at their historical drawdowns or percental fall from peak to troughs. Here are the drawdowns of 3 of the oldest smallcap funds. During the 2008 crash, they were down between 65-70%. So, if you had invested Rs 10 lakhs at the peak in 2008, it would’ve become Rs 3 lakh when the market bottomed out. 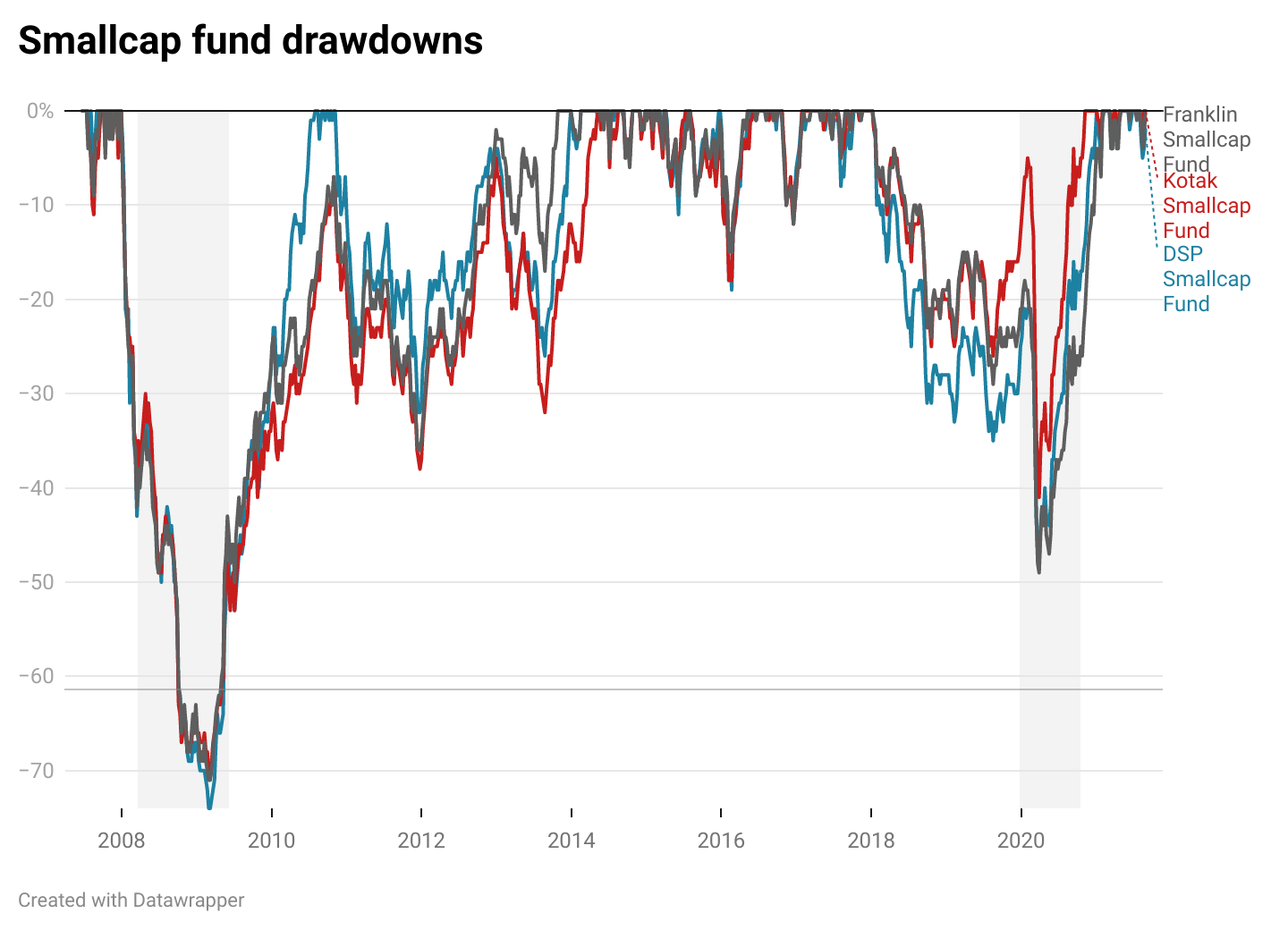 The sales pitches for smallcaps will tell you that these stocks are tomorrow’s blue chips. Sounds nice in theory, but not so much in reality. Smallcaps tend to go up sharply and crash equally hard. Such sharp rallies and crashes tend to bring out the worst behaviour in investors. It’s important to build a portfolio that allows you to sleep peacefully.

Investors often sell when smallcap funds crash and buy when they’ve already gone up substantially. It’s very hard for most investors to stay invested when a smallcap fund is down 50%-70%. That means the chances of you making a mistake are higher in smallcaps.

Moreover, smallcaps always don’t mean high returns just because you invest for the long term. You can see this from the 10-year smallcap fund returns from the image above. You can even check the 10-15 year SIP returns of the best-performing funds across large, mid, and smallcap categories. You can call it a starting point bias, hindsight bias etc but it’s hard to make a case for the so-called “smallcap premium.”

Moreover, most of the flows come into smallcap funds once there has been a significant runup in the index.

A few things to keep in mind:

In this conversation, Prashanth talks about the current market valuations, the opportunity set in India, active vs passive, his research process and a whole lot more. Listen to the full conversation here.

We also caught up with Chirag Mehta, senior fund manager at Quantum Mutual Fund. The views about gold as an asset class ranges from a must-have in a portfolio to a useless shiny rock. In this conversation, Chirag spoke about what’s the role of gold in a portfolio, how to invest in gold, central banks and their impact on gold, the pros and cons of gold options like SGBs, ETFs and a whole lot more. Listen to the full conversation here.

Thanks for reading this issue of the Coin newsletter. Please do leave a comment if you have any feedback, suggestions or ideas for us.