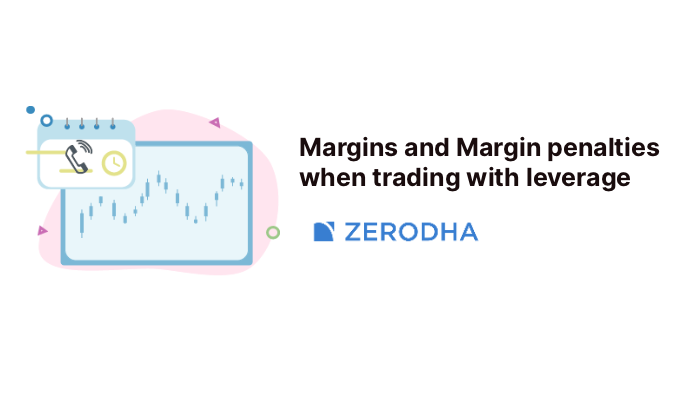 When an equity or F&O trader takes a position greater in value than the funds or margins available in their account, such positions are said to be leveraged. This is typically done with the idea of generating a higher return on capital, but it entails taking a higher risk. Leveraged trades also give the ability to take a short view of a stock or the market, i.e., to profit from a trading idea that predicts stock prices going down. Using F&O, a trader using leverage can also hope to generate returns by predicting volatility, arbitraging, and employing more such strategies. F&O is also used to hedge either a single stock or an entire portfolio. In the case of F&O, leverage is baked into the product, unlike in equity.

Here are some examples of how leverage lowers the fund requirement to enter certain trades.

Leveraged trades contribute to over 90% of exchange trading volumes, but most of these volumes are from just about ~15% of active traders. Leveraged trades provide significant liquidity, cushioning volatility during events, and significantly help reduce impact costs for investors.

With a leveraged trade (apart from option buying), since the exposure is larger than the funds available in a trader’s account, a trader can technically lose more money than the funds available in the account. So, in the above example, if a trader bought 100 shares of stock X at Rs 1000 with only Rs 20,000 in the account, and if the stock price suddenly drops from Rs 1000 to Rs 500 for any reason, the trader would lose Rs 50,000. This additional Rs 30,000 loss beyond the Rs 20,000 available with the trader is the liability of the brokerage firm to settle.

If tens of thousands of customers lost money on the same stock, a brokerage firm that is not well capitalised could potentially go bankrupt if they’re unable to recover the debits from clients, thereby risking not just other customers, but the entire market. As you can imagine, the higher the leverage, the higher the risk. Not just for the trader, but to the brokerage firm and in turn, the overall markets.

To keep this risk in check, regulators require brokerage firms to collect a minimum margin for all leveraged trades. This minimum margin is called VAR+ELM (Extreme Loss Margin) for equity and SPAN+Exposure for F&O. Until last year, brokerage firms had the flexibility to give additional leverage over and above the minimum for intraday trades. This was a selling point for many firms. This is no longer possible after the introduction of peak margin regulations and today, margin requirements are uniform across the industry.

Margin penalty is a way for regulators to ensure that minimum margins are collected. Until last year, the minimum margin requirement was only on an end-of-day (EOD) position. This meant that for any open position, there had to be that minimum margin available in the trading account at the end of the trading day. The exchanges didn’t track margin requirements intraday. They charged a penalty if the required margins were not made available at the end of the trading day. After the introduction of peak margin checks that happen intraday, the penalty is also applicable for intraday margin shortfalls on positions.

The clearing corporation (CC) takes five random snapshots of all intraday positions and margins across customers during the day to determine whether a sufficient margin is available during those snapshots. If sufficient margins aren’t available either at the end of the trading day or in the intraday snapshots, a margin penalty is charged on the net shortfall amount. The penalty is 0.5% of the shortfall amount lower than Rs 1L, and 1% for higher than Rs 1L. This can go up to 5% in the case of shortfall for more than three instances in a month. These penalties are collected by exchanges and deposited in the core Settlement Guarantee Fund (core SGF).

Speaking of margin penalties, they are of two types.

This is applied if there isn’t sufficient margin in a trader’s account at the time of entering a trade. For example, if a trader had Rs 1L in the account and the brokerage firm allowed the customer to enter a position with a minimum margin (SPAN +Exposure) of Rs 1.1L, this would mean a shortfall of Rs 10,000, resulting in a penalty on the shortfall amount.

Who bears the margin penalty?

A broker should bear the penalty if they allow a customer to trade without sufficient upfront margins. It should be on the customer if the customer doesn’t bring in additional margin requirements after taking a trade. In the same spirit, regulations state that an upfront margin penalty can’t be passed on to the customer by the broker, and that non-upfront can be passed.

This is where it gets tricky, especially in derivatives (F&O, CDS, MCX). After the introduction of the peak margin penalty last year, there are certain situations where even if the broker collects sufficient upfront margin while entering a trade, if margins go up after entering a position due to unpredictable market conditions, that resulting shortfall is also considered an upfront margin shortfall, putting the obligation on the broker.

For example, if a customer holds a Buy Nifty futures and a Buy Nifty put position, the margin required is only ~Rs 25k as the put limits the risk of the futures position. If the put position is closed, the margin for futures goes back up to Rs 1lk. If the customer now doesn’t have sufficient margins (Rs 1L), it is considered an upfront margin violation. Similarly, suppose the margin required for the F&O portfolio of a customer goes up by the end of the day; even if the broker had ensured sufficient margins pre-trade, it is still considered an upfront margin shortfall. When you short options, there is no concept of marked-to-market losses that need to be funded by the next day, like in futures. When a short option loses money, the margin required goes up, which, again, is considered an upfront margin penalty.

In the above cases, most brokers had taken a stance that since they ensured that sufficient pre-trade margins were available, any penalty on shortfalls owing to unpredictable market volatility or any other reason after taking a position is not an upfront margin penalty but non-upfront, which can be passed on to the customer who took the position. Typically in these scenarios, customers are alerted of the margin shortfall and requested to add funds or close certain positions to cover the shortfall.

Brokers and broker associations have been consulting with the exchanges and SEBI to understand why these scenarios, where margin requirement changes post-trade owing to unpredictable market conditions, are considered as upfront margin shortfalls as it is also impossible for brokers to ensure compliance in these scenarios. Only customers who are in control of their positions, can. SEBI identified one such anomaly and corrected it to an extent by issuing a new circular applicable from August 2022 that doesn’t consider any intraday margin increase for peak margin penalty calculations. However, this doesn’t cover all the scenarios described earlier.

In my view, which may be biased because I am the CEO of a brokerage firm, that brokers have to bear these penalties even after ensuring sufficient pre-trade margin availability in accordance with regulations, is unfortunate. This is despite having mechanisms to alert customers on intraday shortfalls owing to unpredictable market conditions. We are building a function in our risk management system (RMS) that will not allow exiting any position if the post-exit margin goes up and the funds available aren’t sufficient for the new margins. We are also working on squaring off positions as soon as possible when the margin increases and if there are no free funds. While the change in RMS is a complex technological problem, squaring off positions instantly without giving sufficient time for the customers is bound to create its own set of issues.

Ideally, if the margin goes up on the F&O portfolio either due to volatility or in the case of option writing due to position moving against the customer, there should be time provided till T+1 day to bring in additional margins. This is like in Futures, where there is time till T+1 to transfer any marked-to-market losses. In cases where exiting positions increase margins, it should be treated as a non-upfront margin penalty, and the onus should be on the customer to comply with the regulation.

Hopefully, this post helps you understand how margins and margin penalties work when trading with leverage on Indian exchanges.