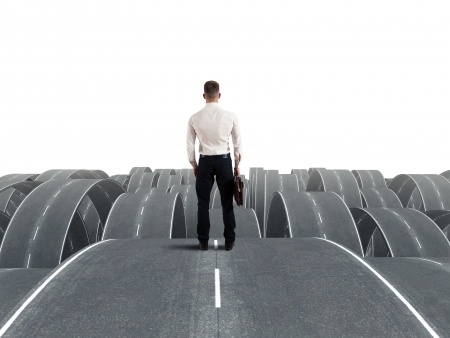 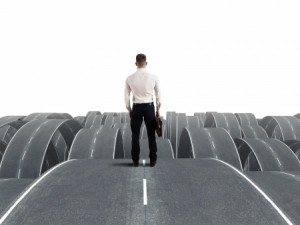 Who said it would be a smooth ride?

Winning traders are courageous.They show courage when they risk their money, and face the possibility of losing it. They show courage when they follow their convictions, and possibly let their pride and ego get hurt. But courageous trading is a little more complicated than it appears at the first glance. Courageous trading is not merely facing danger for the sake of getting a thrill. Courageous traders are not reckless or impulsive. Courageous traders may persist and face danger head on, but they also protect themselves. They manage risk, trade with sound strategies, and do whatever they can to protect their survival. The courageous trader isn’t a daredevil or an excitement seeker, but a prudent trader who eliminates as much potential harm as possible.

Trading requires putting money on the line and possibly feeling the psychological pain of a loss. It takes courage to execute a trade. There’s a good chance that we may lose our money, and some of our pride as well. Although it’s never a good idea to put your ego on the line with your money, it is often hard not to feel a little defeated when you make a losing trade. It’s vital for trading success to continue when faced with potential loss, or after you’ve just made a series of losing trades. The more courage you can marshal, the more likely you’ll be able to face potential harm and continue to persist.

But danger is hard to face. If the danger is too great, you may naturally want to avoid making the trade. Sometimes, it’s impossible to build up enough courage. It’s a better idea to reduce the amount of danger you put yourself in. The more dangerous the trade, the more fear you’ll experience, and the more courage you’ll need. There are many times that we put ourselves in danger financially and psychologically. We take risks that we shouldn’t take, and understandably, we are afraid of the outcomes. By minimizing the financial consequences of a trade, you will feel less fearful. If you minimize the amount of risk on a particular trade, you’ll know deep down that you have little to lose. Estimate your potential risk before putting on a trade, and make sure it is minimal. Look for good trade setups that are likely to produce a profit. There’s no point in putting on a trade that isn’t going to pay off, or worse, a trade where you can lose a great deal of capital. By minimizing the potential financial loss, you’ll also eliminate fear of a potential catastrophe, and that will help you execute a trade more calmly. You don’t need to muster up as much courage if the fear is reduced.

A second way to reduce fear and act more courageously is to minimize potential psychological harm. Many traders unnecessarily increase psychological risks by making a big deal of nothing. They impose symbolic meaning onto a trading outcome that needn’t have any personal, emotional meaning. For example, they may think, “If I lose, it will illustrate my inadequacy”. There’s also a powerful need to be right, to think you are the smartest kid on the block. Such a belief undermines your ability to trade effectively. When you trade in order to prove your worth or to feed your ego, you put a lot of extra pressure on yourself to perform. When you lose money on a trade, you aren’t just losing your money, but a large part of your self-esteem as well. The best antidote is to make each trade as impersonal as possible. Don’t put so much emphasis on winning. It’s merely a trade. It doesn’t need to impact your life. Don’t turn it into a significant life event. Don’t let the outcome define you. The more you can take your ego and pride out of the picture, the more you will be able to trade with a calm and relaxed mindset. You’ll feel free. There will be little to fear, and you’ll find it easier to trade courageously.

There are times when courage is merely an illusion. Sometimes acting like a courageous trader requires that you minimize harm. When you view a trade as excessively dangerous, you recoil from the potential harm. By minimizing the potential harm, you’ll stay calm, and easily muster the courage you need to execute trades freely and confidently.