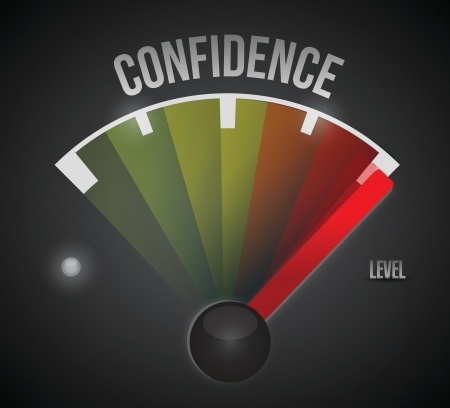 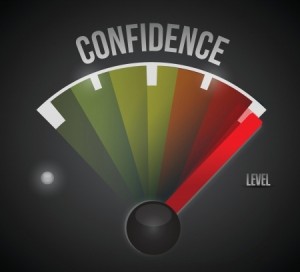 Joe tells his friend, “I’m staying out of the markets for a few days.” “Why?” asks Tom.”I can’t trade under these conditions. I’m going to wait for the markets to change,”answers Joe.”What a lack of confidence,” Tom taunts.”Maybe, but I’d rather be safe than sorry,” Joe retorts.Does Joe actually lack confidence? Just because Joe doesn’t want to trade under market conditions that are not suited to his method does not mean that he lacks confidence. He may be showing a sense of heightened self-awareness. It is possible that he is acknowledging that he lacks the skill to trade under current conditions and that he would rather prudently stand aside than jump impulsively into market conditions that he can’t trade. Sometimes, a high level of confidence can be defined as realistically knowing what you can and cannot do. According to this definition, how confident are you? Many people confuse true self-confidence with false self-confidence. The confusion arises when high self-confidence is equated with high levels of ability, like the popular stereotype of a skilled, seasoned trader. A seasoned, master trader knows how to trade in a variety of market conditions, and thus, has high trading ability. He or she may have both high levels of skill and confidence in that he or she has mastered a variety of market conditions and he or she is quite confident that should these conditions arise, there is a high probability of success. Many people mistakenly think that there is only one way to be confident. They believe that it is essential to master every possibility and bask in the knowledge that they are omnipotent. Working under this assumption, some novice traders are afraid to acknowledge their limitations. They believe that admitting their limitations is like saying they have low self-confidence. They create a false sense of self-confidence to quell their inadequacy, believing that they can trade under market conditions that they can’t possibly know how to trade. The image of the accomplished master trader who is both confident and skilled is only one exemplar of self-confidence, however. An alternative definition is having the experience and awareness to know what you can and cannot do. In other words, confident traders know themselves so well that they know when and how to trade but also know when not to. Consider the conversation between Joe and Tom further. What if we discovered that Joe had tried repeatedly to trade under current market conditions and failed time after time? He didn’t sulk and run from the challenge. He tried to master it, but found he could not. Let’s also suppose that Joe discovered that there were many market conditions where he could trade profitably. In Joe’s case, he has learned when he can make a profit and when he can’t. Confidence is often a matter of self-awareness of what you can and cannot do, and Joe has achieved this level of self-knowledge. Think of the advantages. He doesn’t waste any time trading under market conditions where he can’t make a profit. He doesn’t waste psychological energy beating himself up for not being able to trade under all possible market conditions. He merely waits for his own personal ideal conditions, and devotes all his time and energy to trading during those times. While other traders are wasting time, energy, and resources unsuccessfully trying to trade markets where they just can’t trade, Joe is trading profitably. He is trading in a peak performance mindset at optimal times. Many people may disagree with Joe’s approach, believing that by standing aside, they may miss out on important market moves, or feel that they are stagnating. There may be some merit to those arguments. After all, you need to push yourself to the limits and trade in a variety of market conditions to become a master trader. However, there’s virtue in staying humble. If you know your limits, stay within them, and do the best you can do with what you have, in all likelihood, you’ll be a success. And considering that less than 5% of novice traders make it into the elite group of traders who achieve enduring financial success, trading at your own pace and during optimal times may put you with the champions rather than with the masses who find they must feed their accounts at the end of the month to prevent their closure. Credit: www.innerworth.com