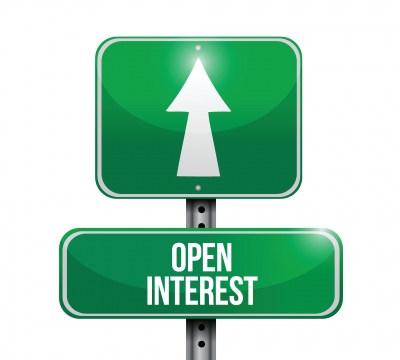 Open Interest, MaxPain and Put Call ratio are some of the most misunderstood topics amongst beginner/amateur traders; below is our attempt to simplify these concepts for you:

1.What do you mean by Open Interest (OI) in futures and options?

2. What would you infer if someone said “Nifty futures went down with a huge addition of OI?”

3. What would you infer if someone said “OI on Nifty 5600 calls went up significantly?”

While trading options, the money required to buy options is much lesser than what is required to write (sell first). So typically the people who write options are people having access to higher capital and hence the logic is that they are more proficient traders.

I guess it is important to also understand why retail traders typically buy options and institutions sell them?

Retail traders are always looking at buying options because technically you have chances of making unlimited profits with investments of small premiums, very similar to how lottery tickets work. What a retail trader forgets to look at is the fact that the odds of winning are much lower than when you are writing options. Yes when you write/sell options the profit is limited and is probably just a fraction of the margin that is blocked for writing, but the odds of winning go up significantly.

For B to win at Expiry: Nifty stays where it is, Nifty goes below 5500 and Nifty goes up but stays below 5600, he can make profits in 3 different scenarios compared to an option buyer who can in only 1 scenario.

As you will see the odds of a writer winning are higher. But also understand that as a writer of options you take unlimited risks and being lax on risk management would mean a severe dent to your trading account. Since you need access to higher capital for making limited returns with increased odds, option writing is what typically professionals/institutions prefer.Historically, it has also been proved that option buyers lose about 90% of the time.

Coming back to the query, when OI for 5600 calls is going up, there are new buyers and sellers (writers) coming in and since the writer is a more proficient trader as explained above, the belief is that he is probably right and better be on his side of the trade which is basically expecting Nifty to not cross 5600.
So if someone says OI on Nifty 5600 calls has gone up significantly, according to the OI logic it means that if Nifty is above 5600 it might come below 5600 and if it is already below 5600, it might find it tough to go above 5600.

4. What would you infer if someone said “OI on Nifty 5400 puts went up significantly?”

Similar to the explanation given above, since OI is going up on 5400 puts and because the option writer is more proficient generally, the belief would be that the market won’t probably go below 5400 and if it is already below 5400 it might bounce back above 5400.

5. If I sell 2 lots and there are 2 people X and Y who have bought 1 lot each, assuming we are the only people trading the contract, the OI is 2. What happens if X who has bought 1 lot sells it to another person Z, what is the OI now?

When X sold the lot he had bought from you to Z, a new contract was not created; the existing contract just changed hands so the OI will remain two.But if Z bought say 1 lot from anyone other than X and Y, then that would be a new lot and hence the OI will now go to 3. Since in the query above a new lot was not created, the OI remains at 2.

6. If the market is going down and OI is increasing market could go even lower because of the OI logic. But aren’t both the buyers and sellers increasing, why can’t we look at it like new buyers are coming in so the market might reverse?

At 5400, OI went up to 20, basically doubled. When OI went up, either the people who were holding positions from before added or new people came in and bought and sold lots. If you were looking at all of this, which side would you want to be on, long or short?

Understand that at 5400, longs are sitting at 50,000 loss and are weak and shorts are sitting on 50,000 profits and are stronger. The most important logic to make money in the market is to be with the trend, be with the person/stock who is stronger. That is why we infer that if OI went up significantly when market goes in a particular direction, the direction might continue for much longer.

7. Logic behind assuming that if the OI for 5600 calls went up significantly, markets might not cross 5600?

Let me give you an example, assume you are sitting in an exam on financial markets and there are 2 people sitting next to you. One is Nithin who has almost 15 years of experience in the domain and on the other side is this boy called Siva who is just 2 years into the business and still confused about what the business is all about. If you had to copy, from whom will you copy, Nithin or Siva? 🙂

The whole theory of Open Interest conspiracy on options is based on the fact that the buyers of options are mostly retail who are probably not experienced (similar to Siva in the above example) and the sellers/writers are institutions who are more proficient and have been doing it for a while (like Nithin). So if you had to bet, be on the same side as the proficient one because the odds of winning go up.

So when the OI for 5600 calls is going up, there are new buyers and sellers coming in and since sellers are more proficient traders we assume that they are right and hence the market may not go above 5600.

This is all a theory and may or may not work in real life, but we at Zerodha proprietary trading desk believe it works and are also planning on a tool to help all our traders to track the OI to know what direction the professional traders are in.

8. What is the “MaxPain Theory” in options?

This is again a theory based on the fact that option buyers are retail traders who typically always buy options whereas option writers/sellers are professionals/institutions who have a higher chance of winning, and typically the professionals/institutions will have a higher chance of making profits.According to this theory the underlying (Nifty in the above example) on the expiry day will gravitate towards that point at which option buyers will feel the maximum pain, basically a point where the maximum number of options, both calls and puts value could become zero (worthless) on the expiry day. To calculate this we need the open interest of both calls and puts for various strike prices(Nifty in this example) and use a correct formula to calculate the MaxPain point.

Though the theory sounds like a conspiracy, if you look historically MaxPain has proved to be a leading indicator predicting a fall/rise in the markets provided you have considered only the relevant strike prices.

Once you have a formula to calculate MaxPain there are 3 ways in which you can use it for trading, assume Nifty is presently 5500 and MaxPain is showing 5600.

a. You can setup strategies assuming that Nifty will go towards 5600.

c. Keep tracking MaxPain and anytime there is a big move, either up or down, use it as a buy or sell signal respectively.

We at Zerodha are looking forward to providing you a tool to track a proprietary strategy of MaxPain for Nifty on our new website. This tool can then be used in any of the 3 ways mentioned above.

To trade based on PCR; you will first need to collect historic PCR to know the extreme ends it can reach. NSE shares this information on this link daily. Assume that this average range for PCR over the last 1 year is in between 0.7 and 1.3.

Like MaxPain, PCR is also a contrarian strategy which believes that option buyers will typically lose money. So a typical way to analyse PCR would be:

b.If PCR is above 1, it would mean that more puts are being traded and since more puts are being traded by the retail traders (option buyers) this could mean that markets might do the opposite which is go up. Higher than 1 the PCR is, higher the chances of the market going up. Since historically PCR is in the range of 0.7 to 1.3, at 1.3 PCR the chances of market going up will be the highest.