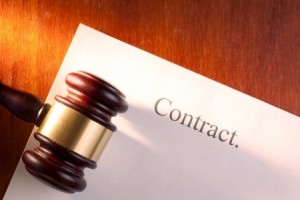 What is Short Delivery?

But what if you had one of the following situations on hand:

2. What if Mr. X doesn’t have the 100 shares in his demat account, but he still sold them?

As mentioned earlier, if you sell any stock on T day, you are obligated to deliver the shares on T+2. But sometimes it may so happen that you sell some stocks but these stocks are not present in your demat account and hence you would not be able to give delivery of these stocks on T+2 and would end up defaulting. This default is called “Short Delivery“.

Now you’d be wondering how/why anyone would sell a stock and not deliver it? Well it can happen for various reasons. Here are a few common ones:

a) You sold 100 shares of Reliance for intraday expecting the price of Reliance to go down. If you sell any stock for Intraday you are expected to buy it back by the end of the day to close your position. Now assume you forgot to buy it! Now you’re left with no option but to deliver these 100 shares of Reliance on T+2. Since you don’t have any shares, you would not be able to deliver and would default, thereby causing a Short Delivery.

Now this may not happen with your account at Zerodha because we let you buy/sell equities with 2 product codes: MIS (for Intraday) and CNC (for Delivery). Zerodha’s RMS system will attempt to square off all Intraday trades (bought/sold with the product code MIS) at 3:20 pm even if you haven’t squared it off yourself. When you try to sell Reliance with the product code as CNC, the systems will check if you have these shares in your demat account and let you sell only if you do, thereby ensuring that there is no short delivery.

b) You sold 100 shares of Reliance at Rs.800 for intraday expecting Reliance results to be bad. However, news was out that Reliance had done exceptionally well and hence the stock went up and hit the upper circuit at Rs 880 (when a stock hits the upper circuit there are no sellers, so if you’ve short sold the stock, there is no way that you can buy it back unless it gets released from circuit. This won’t happen on a stock like Reliance but can happen on a lot of illiquid stocks that don’t trade on Futures and Options). Assuming the circuit is never released during the day, you’d be forced to hold your short position and would have to deliver the shares, failing which the shares would be short delivered.

The role of the Exchange is to ensure that if you buy shares, you get credit of the shares. Assuming you buy 100 shares of Reliance from Mr. X and if Mr. X fails to deliver these shares to the exchange on T+2, it’s quite obvious that you would not get these shares. So what happens is the exchange conducts an Auction and buys these shares for you in the Auction market and gives delivery of these shares to you on T+3 (Friday, September 6) instead of T+2.

Note: In the case of physical settlement of derivatives, if the seller defaults on the delivery, the exchange conducts an auction on T+3 days. In such a case, the settlement time will be T+4 days.

Short delivery is the risk you take when trading BTST (Buy Today, Sell Tomorrow), read this blog for more.

What happens in an auction market?

In the Auction session, the exchange invites offers from fresh sellers for quantities short delivered (100 shares of Reliance in the above case)

It is a special market where only members of the exchange can participate as fresh sellers and sell shares which are short delivered. The Auction market is conducted every day between 2:00pm and 2:45 pm. To make sure that there is no conflict of interest, the exchange doesn’t allow the member whose client has defaulted in delivering to take part in the Auction market.

At what price are the shares sold?

There is no fixed price for the Auction to happen. The exchange specifies a range within which the auction participants can offer to sell their shares.

Upper cap of the range: 20% higher than the price that it closed on the previous day of the Auction (T+2 day of trade). For example, if you sell a stock on Monday, the auction happens on Wednesday with the closing price of Tuesday used to determine the auction price.

Lower cap of the range: 20% lower than the price that it closed on the previous day of the Auction. For example, if you sell a stock on Monday, the auction happens on Wednesday with the closing price of Tuesday used to determine the auction price.

Coming back to the example, you bought 100 shares of Reliance from Mr. X at Rs.800 and Mr. X defaulted in giving you the shares. The exchange will now buy these 100 shares in the Auction market and give it to you.

Assume that in the Auction market the fresh seller is offering to sell 100 shares at Rs. 920 only. What now?

The Exchange is obligated to buy it at whatever price and give delivery of these shares to you. The Exchange would hence buy these shares at Rs.920/- and give you the shares. Since Mr. X has defaulted he would have to pay the difference of Rs. (800-920)*100 = Rs. 12000/- to the exchange. Along with this, the Exchange also charges an additional penalty of 0.05% of the value of stock per day that Mr. X failed to deliver. The sum of both the above together is called “Auction Penalty“.

Hence it is very important that you short sell a stock for delivery only if you have it in your demat account or you could end up paying a considerable amount of money as Auction penalty.

c) On T+2 when the shares are not delivered, the exchange blocks a sum of money from the brokerage’s account which is called “Valuation Debit”. The Valuation Debit is the closing price of the stock on the day preceding the Settlement day (basically, closing value of stock on T+1, as settlement happens on T+2).

d) On T+2, the exchange conducts the auction and purchases the stock from the auction participants on behalf of the defaulting seller.

What happens if, on Auction day, the price of the stock comes down considerably? Can a client benefit in an Auction market?

On T+2 the Exchange conducts the Auction and in the Auction market buys Reliance at Rs.750/-.

“The higher of Valuation debit or the price at which the stock has been bought in the Auction market.”

If, in the Auction, the stock gets bought at Rs.850/- then the Exchange would debit an additional Rs.70 (Rs.850 – Rs.780 which was earlier blocked as Valuation Debit).

What happens if the Exchange finds no fresh sellers in the Auction market?

In such a case, the exchange settles it in cash on the basis of Close out Rate. Close out rate is the higher of the highest price of the stock from when you sell to the auction day or 20% above the closing price, on the auction day (T+2).

It is a tough topic to simplify, but hopefully this clarifies your queries on “Short Delivery.” Also do read the blog on BTST(Buy Today Sell Tomorrow).